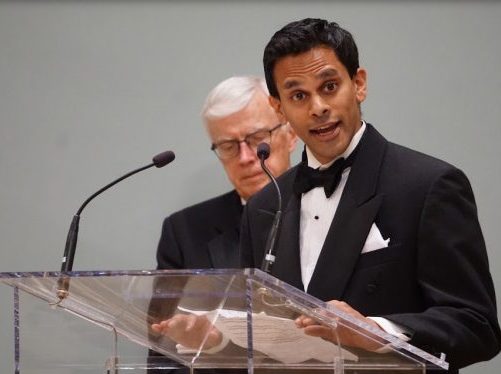 When the Federal Court of Appeal issued its blockbuster decision last Thursday revoking the Trudeau government’s approval of the Trans Mountain pipeline expansion, one of the heroes of the story was someone with no professional opinion on whether the pipeline should be built. In this post, National Observer Managing Editor and investigative ace Mike De Souza details the painstaking research behind some of the biggest revelations on the Trans Mountain file. Republished with permission.

I had to wait more than a year for the documents that helped me unravel the inside story of the Trudeau government’s deliberations about the Trans Mountain expansion project.

They were delivered into my inbox in early January of this year—hundreds of pages of internal memos and briefing notes.

It was the first look from outside government at the mounting frustration among dedicated public servants who were meeting face to face with Indigenous leaders in 2016. This was what the Federal Court of Appeal described this week as “note-taking”—instead of meaningful consultations.

At the time, people in government would have told you that they acted with honour in a genuine attempt to consult and accommodate First Nations and protect their rights, enshrined in the Constitution.

There was little reporting by media outlets to challenge that notion that Canada had fulfilled its legal duty to consult First Nations who were affected by the Trans Mountain oil pipeline and tanker expansion project.

You may be surprised to hear it took us so many months to locate documents and confirm what happened in 2016. But this is the reality of investigative journalism. It’s slow. It’s painstaking. It’s not something that can be deployed like a swat team in an emergency situation.

It takes persistence, patience, dedication, and hard work to deliver the type of reporting that you need to make informed decisions about your country and your community. This is what National Observer is best at: journalism that serves the public interest, protects human rights, and promotes a fair and just democratic society.

As we reported on those early memos, a small group of professional public servants started to take notice and attempt to rectify the situation.

They told me that the Canadian public had been misled about how the Crown had treated First Nations. They said their frustration was festering as they waited for news media to ask the right questions.

They told me that Canada had not acted with honour, as many had believed. Instead, they said that the Crown had made up its mind to allow a Texas company to build a major pipeline, and regarded consultations with First Nations as an item to check off on a grocery list, without any struggle, and without any consent.

I spoke to several public servants who described to me in vivid detail how shocked they felt about what they had been asked to do.

They were referring to a meeting in late October 2016, less than a year after the election of Prime Minister Justin Trudeau’s government.

A group of about two dozen had been invited to attend that meeting at a boardroom in Vancouver at a time when the government had claimed it was still reviewing the project, consulting with First Nations, and trying to reach a decision about whether to approve the pipeline.

A senior government official at that meeting told them that their job was now to find a way to get the pipeline approved.

“I guess that’s something that wouldn’t have fazed me at all if the Harper government was still in power,” one public servant told me last April. “But given the change in government, seeing as how we were told to provide serious advice, I was rather shocked at being given that kind of direction. It’s not something that I would have expected from a Liberal government.”

I searched for and uncovered documents showing how government authorities caught Kinder Morgan breaking environmental rules, but did not penalize the company as it began construction of the new project.

My colleagues in Vancouver documented a rising movement, as thousands of everyday citizens joined activists to make their voices heard, many saying they were willing to do whatever it took to stop the project.

At one point, I sat down with the minister of natural resources for an interview and reported on how he had personally made genuine efforts to reach out to the chief from one of the key First Nations in this story, the Tsleil-Waututh.

Columnist Sandy Garossino travelled from Vancouver to Ottawa for a one-on-one interview with Prime Minister Justin Trudeau about the project. She asked detailed questions that no one else in the media had ever tried to pin him down on. Some of his answers made national news.

Personally, I didn’t take any position about whether people should support or oppose the pipeline, and I don’t believe it’s my role to do so. But I wanted to make sure you had all of the facts you needed to form your own opinions.

I also dug through corporate documents as the Trudeau government reached a deal to buy the Trans Mountain pipeline assets in May. National Observer readers were the first to learn that executives at Kinder Morgan would make millions of dollars in bonuses and stock options as a result of the multi-billion-dollar sale.

National Observer readers were also first to get a complete view of the timeline and behind-the-scenes negotiations and arguments that Kinder Morgan used to drive the government to buy the troubled project.

Other media outlets focussed on an interprovincial war between duelling NDP governments of Alberta and British Columbia over the pipeline project. But the issue of human rights—the rights of Indigenous peoples—and the Constitution were largely treated as footnotes.

Diligence on this story prepared National Observer well for authoritative coverage of the Federal Court of Appeal’s surprise ruling that halted Trans Mountain for now. The court threw out Trudeau’s approval of the pipeline construction on grounds that the risk of increased oil tanker traffic was not properly considered and consultations with First Nations were inadequate.

Some of the Indigenous leaders involved in the case used my reporting in a last-minute appeal to the court, urging it to consider the new evidence we had uncovered about the case. This motion likely delayed the final decision by a few weeks.

And while the justices at the Federal Court of Appeal said they would not consider new evidence before making their ruling, they made clear in a May 31 ruling that they had read the internal documents I had uncovered. Officially, these National Observer articles weren’t part of the record used by the court. But all parties involved now know that this evidence is looming in the background, in case there is an appeal that goes to the Supreme Court.

This reporting has become part of the historical record of this file, and there will be more reporting to come if I have the resources to pursue it. National Observer doesn’t have an American hedge fund or billions of dollars at its disposal to pay for investigations. So every dollar counts toward beefing up coverage to cover Canada’s dramatic and constantly unfolding energy story.

It costs tens of thousands of dollars for us to search, locate, request, and retrieve key documents and finance countless weeks and months of reporting to get to the truth.

Subscribers, by standing with us and supporting our investigative reporting, have made this all possible. With your future support, we will continue to pursue truth and fact-finding in the public interest.

(The Energy Mix is free, but that’s because we mostly curate and republish the news that others generate. Without publications like National Observer, we wouldn’t be able to do what we do, either. If you’re not an Observer subscriber yet—really, what are you waiting for?)

Espinosa and Hidalgo: Climate Action is Ramping Up, But ‘More is What We Need’