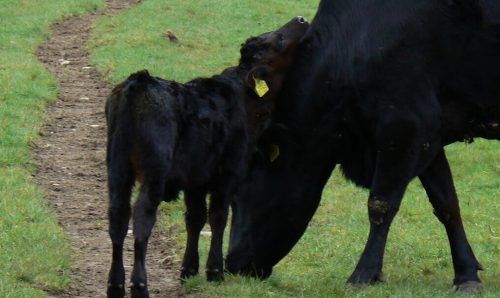 Called the Emerald Isle for its natural beauty, Ireland’s rising greenhouse gas emissions are earning it a grimmer reputation as Europe’s climate laggard.

CO MAYO, IRELAND, 4 September, 2018 – It’s green, its lush landscape and beguiling lakes and mountains an inspiration to artists and writers – but Ireland is now being fingered as Europe’s climate laggard for its dismal performance on action to combat climate change.

“Irish greenhouse gas emissions are rising rather than falling”, says the Council. “Ireland is completely off course in terms of achieving its 2020 and 2030 emissions reduction targets.

“Without urgent action that leads to tangible and substantial reductions in greenhouse gas emissions, Ireland is unlikely to deliver on national, EU and international obligations and will drift further from a pathway that is consistent with transition to a low-carbon economy and society.”

Under EU agreements, Ireland is tasked with reducing climate-changing greenhouse gas emissions by 20% relative to 2005 levels by 2020, and by 30% by 2030.

“As far as I am concerned we are a laggard”

The Council’s report says Ireland’s carbon emissions increased by 3.6% in 2016, the last full year for which statistics are available. This, it says, is disturbing.

Ireland’s economy took a big hit from the global economic downturn of 2008. As a consequence the country’s carbon emissions fell – a trend noted in many other countries.

Over the past two years Ireland’s economy has revived and is now one of the fastest growing in the EU.  The Council says large-scale growth in emissions from the transport sector, together with more modest emissions growth in the economically important agriculture sector, means overall emissions are now back to 2009 levels.

A separate report by the government’s Central Statistics Office (CSO) paints a depressing picture of the country’s overall environmental performance. It says that in 2015 Ireland – despite having little heavy industry – had the third highest greenhouse gas emissions rate per capita in the EU.

The country also scored badly on a number of other environmental indicators; the amount of land covered by forest – trees help prevent greenhouse gases escaping into the atmosphere – is among the lowest in the EU. Pollution levels in Ireland’s rivers and sea bathing areas are rising, not falling. The country is still behind on meeting targets for renewable energy production.

Leo Varadkar, Ireland’s Taoiseach or prime minister, admits that the country’s performance on combating climate change is unsatisfactory. “As far as I am concerned we are a laggard”, he told the European Parliament earlier this year.

One of the big challenges is dealing with carbon emissions in agriculture – which account for more than 30% of the total.

Ireland has one of the largest cattle herds in Europe, and meat and other livestock products play a vital role in the economy. But cows emit large amounts of methane, one of the most potent greenhouse gases. They also expel manure, which produces nitrous oxide, another greenhouse gas.

Under present government policy, the aim is to increase the size of Ireland’s dairy herd by more than 20% by 2030.

Ireland has a generally mild climate and has suffered few of the weather extremes felt by many other countries. But due to this unusually hot and dry summer many parts of the country are experiencing water shortages, with scientists warning that the heavily populated Dublin region could be heading into a prolonged drought.

Farmers’ incomes have also been hit, as a lack of rain has meant less grass growth, leading to a shortage of feed for their animals. – Climate News Network