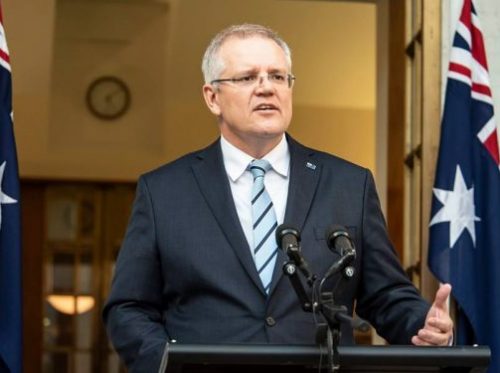 The Australian business community has given up on seeing any meaningful climate and energy action from the country’s Coalition government, now led by Prime Minister Scott Morrison following the ouster late last month of previous PM Malcolm Turnbull, and is looking elsewhere for movement in the months leading up to national elections next May.

“There is no longer any point engaging with the Coalition on climate and energy policy,” a prominent business advisor told RenewEconomy Editor Giles Parkinson.

“Instead, the business lobby now turns to the states, and to federal Labor, which proposes a 45% cut in emissions by 2030 and a 50% renewable energy target,” Parkinson writes. “Business now understands what the Coalition refuses to admit—that the way to achieve a durable lowering of [electricity] prices is by embracing renewable energy rather than fighting it, or, more absurdly, trying to engineer the construction of a new coal-fired generator.”

After five years in power, meanwhile, the Coalition government “has stopped pretending to anyone in the local market—to domestic and international investors, to business, and to consumers—that it intends to do anything about climate change, or get real about energy,” Parkinson states. “Business is horrified. Rightfully so, even if it ought to put up one hand as an admission of shared responsibility, given its role in killing the carbon price and fighting other measures like energy efficiency, renewables, and crucial changes to market rules.”

The net result, echoing the state of play in Donald Trump’s America (and Canada’s recent past, under the Stephen Harper regime), is a series of regional energy markets and agreements set up by individual Australian states. And at the international level, “Australia’s pretense on climate is maintained, out of necessity, because to do otherwise would have significant repercussions, both in Australia’s own neighbourhood and in the broader world.”

Parkinson notes that Foreign Minister Marise Payne was on her way to Nauru this week, where she could expect to “come under intense pressure from Pacific states to finally Do Something on climate change.” Writing for The Conversation last week, Michael O’Keefe, head of the politics and philosophy department at La Trobe University, confirmed that Pacific Islanders see climate change as a bigger security threat than China’s rising influence in the region.

O’Keefe explains the countries will be looking for an update to the October 2000 Biketawa Declaration, adopted in response to a coup in Fiji. While China may be Australia’s biggest preoccupation, “security in the Pacific is not all about geopolitics,” he writes. “Key issues for the region are sustainable growth along a ‘blue-green’ model, climate change (especially the increasing frequency and intensity of natural disasters and rising sea levels), illegal fishing and overfishing, non-communicable diseases, transnational crime, money laundering, and human trafficking.”

While the other issues will play prominently during the meetings in Nauru, he adds, “climate change adaptation and mitigation must also be elevated to the top of the agenda in Australia’s relations with the region. It is the most pressing problem in the Pacific, but for political and economic reasons, it hasn’t resonated to the same extent with Canberra.” It “has not gone unnoticed in the Pacific” that Australia was recently identified as the world’s worst-performing country on climate, O’Keefe notes, and “Fiji’s prime minister, in particular, has been clear in highlighting that Australia’s ‘selfish’ stance on climate change undermines its credibility in the region.”

While following other avenues i don’t think they should give up on fiercely lobbying the government Even the hardest stone can be worn away by a constant drip. How would it be if business refused to co-operate with the government until it got its act together ? a sort of boycott crossed with civil disobedience,