Landfill Methane Would Save 2.5 Gigatons of Emissions by 2050 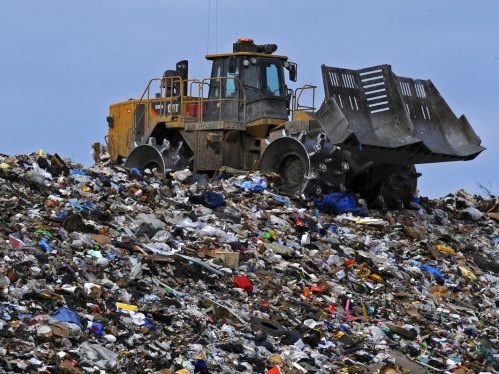 Producing energy from landfill methane ranks #58 on Drawdown’s list of climate solutions, with the potential to reduce atmospheric emissions by the equivalent of 2.5 gigatons of carbon dioxide by 2050, at a net cost of -US$1.8 billion and net savings of $67.6 billion.

“Landfills are a top source of methane emissions,” writes Drawdown, “releasing 12% of the world’s total—equivalent to 800 million tons of carbon dioxide.” The global annual volume of solid waste is projected to increase by up to 70%, to 2.4 billion tons, by 2025, the chapter notes. And landfills are likely to remain a blight on soil, air, and water for years to come, especially in low-income countries. So the need to manage the accumulated biogas in these anaerobic environments, described by Drawdown as “roughly an equal blend of carbon dioxide and methane, with a smattering of other gases,” grows ever more urgent.

The technology required to capture, compress, and purify biogas into fuel is “relatively simple”, Drawdown states. Which means landfill methane capture is primed to deliver a dual climate benefit: it prevents emissions from waste, while displacing coal, oil, or natural gas that might otherwise be burned.

Drawdown does point to an important disconnect on landfill methane capture. “According to a study of U.S. landfills, methane collection at closed sites was 17% more efficient than at sites actively receiving waste,” it states. “But open landfills—which have the most active decomposition due to fresh deposits—were responsible for more than 90% of methane emissions.”