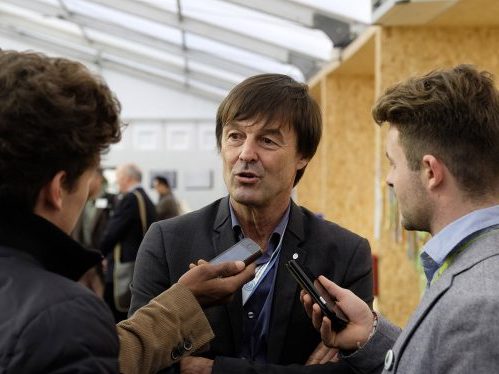 French Environment Minister Nicolas Hulot resigned yesterday in the midst of a live radio interview, in what Deutsche Welle casts as a “stunning setback” to the government of President Emmanuel Macron.

“I am going to take…the most difficult decision of my life,” he said. “I am taking the decision to leave the government.”

Hulot apparently gave Macron and Prime Minister Edouard Philippe no advance notice of his decision, and didn’t even tell his spouse. “I hope my act is not an act of resignation but one of mobilization,” he added.

Hulot told France’s Inter radio the decision reflected an “accumulation of disappointments” in the government’s performance on climate change, biodiversity protection, and other key environmental issues.

He later added: “I don’t understand how, after the Paris Conference and a dire diagnostic that clearly worsens with each passing day, this subject can be relegated to the lowest priorities.”

Although Macron championed bold environmental action in his presidential campaign, later calling on world leaders to “Make Our Planet Great Again,” Hulot said the country was only paying lip service to environmental issues. “He highlighted, for example, the government’s pledges to cut back reliance on nuclear energy to 50% by 2025 and to curb the use of pesticides, and said there had been little progress on several other initiatives,” DW reports.

Macron responded that “it’s a personal decision that he took this morning, and if I chose Nicolas Hulot 15 months ago it’s because he is a free man. I respect his freedom.” He added that “in 15 months, this government has done more than any other on the subject in the same period. More than any other.”

Macron said he hoped to be able to count on Hulot’s support “in another form”.

A renowned environmental campaigner and former TV presenter, Hulot enjoyed a 64% public approval rating as recently as July, making him considerably more popular than the government of which he was a part.

Elysée spokesperson Benjamin Griveaux said Hulot might at least have given the government some notice before stepping down. “Do you do an environmental revolution in one year? The response is no,” he said. “I prefer little steps to not moving.”

“I hear his disappointment, but we must give him and the government credit for what has been done over the course of a year,” Griveaux added. “It’s a lengthy task, the work on biodiversity, fighting for the environment, energy transition. We can’t have results in just one year, and Nicolas Hulot knows that.”