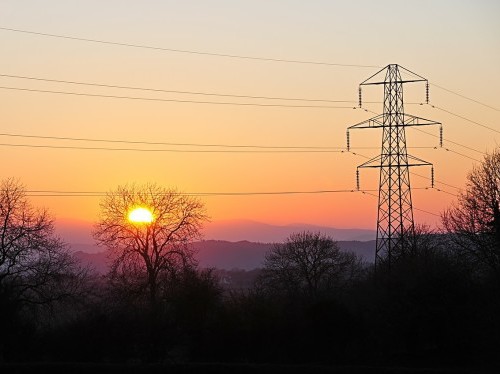 The rise of cheap, available renewable energy is creating a management nightmare for traditional utilities from California to Germany to Australia, as the availability of surplus electricity drags down the price the power companies can charge for their product at certain times of day.

“With wind and solar farms sprouting up in more areas—and their power getting priority to feed into the grid in many places—the amount of electricity being generated is outstripping demand during certain hours of the day,” Bloomberg reports. “The result: power prices are slipping to zero or even below more often in more jurisdictions,” and “upending the economics of the business in the process.”

Bloomberg notes the challenge is most prominent in Germany and California, both jurisdictions that have been leading the development of new renewable energy capacity. It’s ultimately the result of the entirely necessary drive to force-fit new, carbon-free sources of electricity into an older, centralized grid.

“Periods with negative prices occur when there is more supply than demand, typically during a mid-day sun burst or early morning wind gust when demand is already low,” the news agency explains. “A negative price is essentially a market signal telling utilities to shut down certain power plants. It doesn’t result in anyone getting a refund on bills—or in electric meters running backward.”

It does, however, create a more complicated picture for legacy power producers and grids. A sub-zero price “often prompts owners of traditional coal and gas plants to shut down production for a period, even though many of the facilities aren’t designed to switch on and off quickly,” writes Stockholm-based energy markets reporter Jesper Stärn. “It’s left the utilities complaining that they can’t earn the returns they expected for their investment in generation capacity.”

Bloomberg New Energy Finance analyst William Nelson said negative pricing only occurs in most U.S. markets when actual power deliveries vary from the previous day’s projections, known as the day-ahead market. “On the supply side, the intermittent sources like wind and solar are most likely to deviate from their day-ahead plans,” he said. The exception is California, with 110 hours of negative prices, according to one recent report.

In Australia, Bloomberg says natural gas “peaker” plants, designed to come online quickly and only when they’re needed, successfully reduced the number of negative pricing days in 2017 despite rapid wind farm development. For one energy service company that specializes in installing small power plants, it amounts to the end of the “energy mainframe”.

“Bill Gates became the richest bloke on Earth off the end of the mainframe,” said Aggregated Micro Power Holdings Plc. Chair Neil Eckert. Now, “we are seeing the end of the energy mainframe. The world will have to learn new techniques—how to invest in small-scale, distributed energy.”