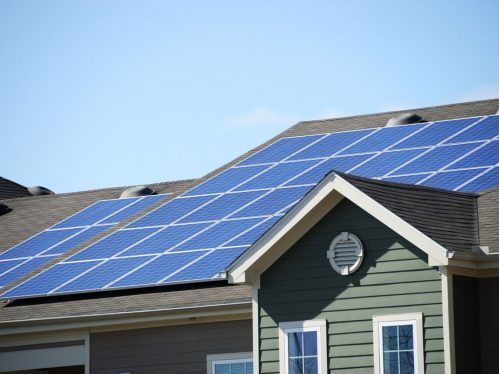 An Alabama utility’s punitive fees against small-scale solar users who seek to remain connected to the grid are an example of a regulatory climate throughout the economically-depressed southeastern United States that is actively contributing to energy poverty, according to a Grist report recently republished by Resilience.org.

Such is the experience solar installer and former career coal miner Chuck Jay, who found himself—and a new customer—“blindsided” by the new fee of between US$25 and $30 per month for the privilege of staying connected to the grid, “just as his business was getting off the ground.”

Although that customer chose to push ahead with the installation, the new grid charge has cast a cloud over Jay’s business, burning up “nearly all the money his customers would save by going solar”—which matters hugely in a state “with the second-highest average monthly bill in the country in 2016, right behind South Carolina,” with low-and middle-income householders hit particularly hard.

In large metropolitan areas, and especially in the southeast, “the share of income that goes towards energy can be up to three times higher for low-income people than for their higher-income peers,” Resilience notes.

That makes it all the more important for customers to produce their own power and sell back the excess on sunny days, while still relying on the grid when their local solar generation falls short.

The Southern Environmental Law Center (SELC), which in April filed a complaint against Alabama Power with the state regulator, called the fee “unfair, unreasonable, unjust, discriminatory, contrary to the public interest, and otherwise unlawful.”

“Anything that makes it less economical for people to go solar is going to be harmful for low- and median-income consumers,” agreed Greer Ryan, a renewable energy specialist at the Arizona-based Center for Biological Diversity. “It’s like raising taxes on people who can least afford it—putting green energy out of reach for everyone but the wealthy.”

SELC senior attorney Katie Ottenweller said the up-front costs of solar installations in Alabama average $14,000, “a tough sell in a state where 16% of the population lives in poverty.”

And while some states are working to break the mutually reinforcing cycle of economic and energy poverty—California, for example, has ordered three utilities to fund solar installation subsidies for low-income households—“other states are responding with pushback or inaction, especially in the southeast,” Resilience states.

For example, neither Alabama nor Tennessee requires mandatory net metering by utilities, a regulation which would “allow solar customers to sell extra energy from their rooftop panels back to the grid.” Alabama also lacks “clear policies on solar leasing, making it harder for customers to take advantage of a common arrangement in which they pay a monthly flat fee to lease equipment rather than buy it all up front.” Without those policies in place, she told Grist, “rooftop solar remains out of reach for many.”

Ryan also pointed to the way utilities are structured, noting that “Alabama is one of many states with a ‘regulated’ energy market,” a misnomer for a structure which grants utility companies “a monopoly over all stages of the electricity market, from production to distribution as well as marketing and sales.” Should such utilities discourage residential solar, “residents have few alternatives”.

Which is a shame, Ryan noted in an email to Resilience, because rooftop solar does more than provide low-carbon energy. “Solar power owned directly by the people and neighbourhoods who use it creates local jobs, reduces polluting emissions, and can save individuals money.”

The sheer scale of that opportunity was captured in a National Renewable Energy Laboratory study earlier this year, which found that low- and middle-income rooftops account for 42% of the country’s residential solar potential.