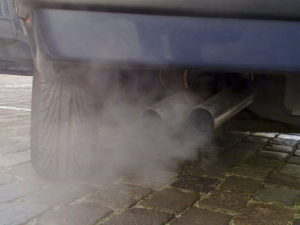 As the federal government unveiled a new consultation paper last week on tailpipe emission controls for light duty vehicles, CBC columnist Don Pittis was pointing to what Canada stands to achieve—and the allies it can expect to gain—if it adheres to its existing standard, rather than aligning with Donald Trump’s efforts to gut the equivalent U.S. regulation.

When Environment and Climate Change Canada pre-announced the consultation earlier this month, a spokesperson for Minister Catherine McKenna said the review was in the works before the U.S. administration finalized plans to roll back federal emission rules and challenge the right of California and other states to set their own, more stringent standards.

“We are paying close attention to the U.S. mid-term review of vehicle fuel efficiency standards and to the actions of California and other like-minded U.S. states,” said press secretary Caroline Thériault, adding that Canada would assess both the environmental and the economic impacts of the various options.

Those actions almost certainly include lawsuits that could carry as far as the U.S. Supreme Court, introducing years of uncertainty for North American automakers that will be basing billions of dollars of investments on the outcome. Many of those billions had already been invested in implementing the cleaner standard before Trump threw the regulation into disarray.

In his analysis for CBC, Pittis—a business reporter who previously served as forest firefighter and a ranger in Canada’s High Arctic islands—notes that the U.S. and Canadian reviews will determine the fate of North America’s Corporate Average Fuel Economy (CAFE) standard, just as British Columbia’s wildfire emergency brings home the on-the-ground reality of climate change. The standard dates back to U.S. efforts to curtail oil imports in the 1970s, but has evolved into a tool for reducing greenhouse gas emissions.

“Most analysis shows CAFE has been a startling success,” Pittis noted. “Those gas-guzzling cars of the 1970s that got between 10 and 15 miles to the U.S. gallon have gone for good. Individual automakers, unafraid that some other company could win by spending less on R&D, became technological leaders.”

But now, “the Trump administration plans to freeze mileage standards at 2020’s target and scrap the tougher marks the Obama administration had set for 2025 model cars.”

The federal release announcing the consultation period—which closes September 28—listed four examples of the issues it expects to address: dollar savings to Canadians due to fuel-efficient vehicles, the cost of complying with tailpipe emission regulations, Canada’s climate action commitments, and the Canadian industry’s competitiveness in an integrated North American market. The discussion paper traces the history of the U.S. regulatory review, including the pre-Trump determination that the 2025 regulations were fine as they stood. It cites the 18 megatonnes of vehicle emissions Canada is currently on track to save between 2015 and 2030 (though only 8 Mt between 2005 and 2030) and points to the government’s commitment to cut 30 Mt of emissions from all fuels through its long-awaited Clean Fuel Standard.

Pittis cited forthcoming research by the International Council on Clean Transportation based on U.S. Environmental Protection Agency figures, showing that the forecast cost of complying with the current CAFE standard for 2025 has fallen 50% since 2014. “Over its lifetime, the average 2025 vehicle would provide a return on investment within about two years and save the Canadian consumer nearly C$4,000 (US$3,000 ) in fuel costs,” ICCT stated earlier this month. The federal discussion paper places the payback at two to four years, depending on vehicle segment.

Automotive Parts Manufacturers’ Association President Flavio Volpe told Pittis there “isn’t a business case for an automaker to make two different cars, one for the Canadian market and one for the U.S. market.” But Pittis noted that “that’s not how the CAFE standard is supposed to work, anyway. Requiring an average fleet standard for each manufacturer forces the companies to do research to make their most fuel-efficient cars, such as the GM Bolt, very fuel efficient indeed,” demonstrating new technology that “gradually disseminates throughout the product line.”

Turcotte added that maintaining the standard will keep Canada and North America competitive with places like China and Europe, where companies continue to pursue greater fuel efficiency. And Pittis said North American manufacturers could ultimately become allies if Canada decides to adhere to the tighter regulation.

“The industry wants one standard, not two,” he wrote. “Besides, Trump’s proposed changes won’t affect the standards until 2021, when he could be out of power. The industry wants to know that the regulations won’t change again. For business, even more important than having weaker rules is knowing for certain what the rules will be and that they will apply to all.”

Even so, “the White House has tried to represent this issue as being in the interest of the auto industry,” Turcotte noted. “But this is not reflected in their position.”