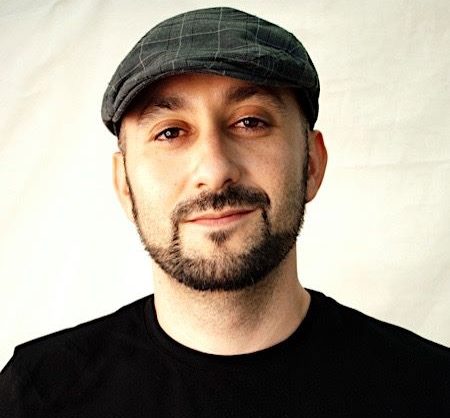 In a 21st-century update on the old adage that the pen is mightier than the sword, poetry may yet prove a powerful recruit in the battle for climate justice—beginning with the poems of Craig Santos Perez, an Indigenous Chamorro whose Pacific island home of Guam is on the front lines of the climate crisis.

Perez is part of an emerging, powerful generation of young poets of colour who use their chosen medium to educate and empower those fighting against injustice and oppression—and excoriate the perpetrators. “Unlike many of his contemporaries,” Grist reports, he “extends his lens of justice to climate change and environmental destruction.”

“For Perez,” Grist notes, “climate change is inextricable from other global injustices and inequalities, including the suppression and disenfranchisement of Indigenous peoples”—a dehumanization he said can be replicated in the attitudes and language of even the most fervent non-Indigenous environmental campaigners and advocates.

Recalling Leonardo DiCaprio’s climate change documentary, Before the Flood, Perez said he “definitely wanted to question some of the racial logics and representations of the climate change movement.” He added that, “when we’re talking about representations in film or other kinds of narratives, we need to create space for a more Indigenous voice.”

Grist says Perez’ climate poems “push the reader to reconsider tired stereotypes—of Indigenous peoples as powerless victims of environmental change or as natural stewards in touch with the landscape.” While some of his work is adversarial and provocative, other pieces adopt “a gentler tone,” connecting his own and his family’s “experiences of the everyday — a walk to the garden with his wife Nalani, a trip to the movies, even the construction of a Whole Foods,” to the global ecological crisis.

“It’s this linking that poetry does so well,” writes Grist reporter Shannon Osaka. “A single poem is a lyric soundbite that can wander, driven by syntax and rhythm alone, from a child’s birthday party to a global crisis, from a movie theatre to the role of colonialism in perpetrating climate change.”

Asked whether poetry matters, Perez has no doubts. “Poetry is a powerful form to give human voice and perspectives to these very global and complicated issues,” he told Osaka. “Poetry can raise awareness, it can increase environmental literacy—it can inspire people to take action.”

Osaka closes her review with “shimmering” proof that Perez know of what he speaks. Taking as its departure point the life-affirming candles on his daughter’ second birthday cake, his Rings of Fire, 2016 spins outward to other scenes where flames—from the cigarettes that killed Perez’s grandfather, to the self-immolation of a desperate refugee, to the wildfires of climate change—can deliver nothing but negation, and annihilation.

(Click through to Grist to read the poem in full.)

In Canada, meanwhile, Climate Justice Edmonton is using art in a different way, deploying paintbrushes to affirm that many Albertans are not supporters of pipeline expansions—contrary to the messaging of Big Oil. The organization’s movable art installation, People on the Path, consists of 2.4-metre painted portraits of Alberta citizens emblazoned with their own words of support for a post-carbon economy. It’ll be popping up at various points along the planned route of the Trans Mountain pipeline expansion.

CBC also issued a recent report on Leta von Graevenitz, a Saskatchewan farmer participating in an international project that seeks to use art—and copyright law—to protect natural ecosystems. With her Blued Trees Symphony (she and local children have painted decorative blue swirls on a number of trees on her property) as Exhibit A, she hopes to attract a lawyer willing to argue that “copyright laws protecting unique works of art will trump the eminent domain or expropriation laws which typically make way for pipelines and other projects.”