Forest Protection Would Save 6.2 Gigatons of Carbon by 2050 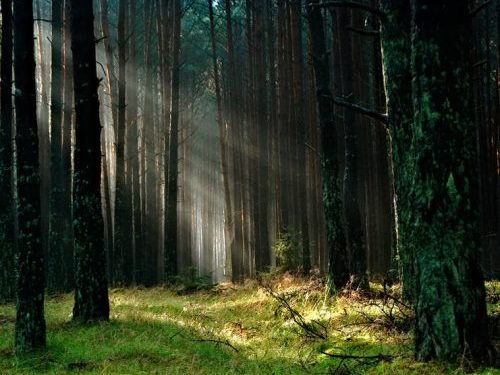 Forest protection places #38 on Drawdown’s list of climate solutions, with the potential to avoid 6.2 gigatons of carbon dioxide emissions by 2050 and sequester an astonishing 896.29 gigatons.

“Stopping all deforestation and restoring forest resources could offset up to one-third of all carbon emissions worldwide,” writes Drawdown. Critical in realizing this momentous goal would be strategies that range from enforcing existing laws against logging, to implementing eco-certification programs that work, to enabling wealthy nations to pay poorer ones to leave their forests standing, in ways that strengthen rather than undercutting Indigenous and other local communities.

Prominent among many “pay for performance” programs are the United Nations Reducing Emissions from Deforestation and Forest Degradation (REDD+) program, in operation since 2008, and the New York Declaration on Forests, endorsed by 40 countries and nearly 60 multinational corporations. As well, the Forest Carbon Partnership Facility, established in the wake of the 2015 Paris Agreement, has built up a fund of nearly US$1.1 billion to “reward forested nations for conserving and increasing forest carbon stocks and for reducing deforestation and degradation,” Drawdown notes.

The global deforestation rate still stands at 48 football fields per minute. But as a measure of what’s possible, the chapter points to Brazil’s transformation from a nation which between 1998 and 2004 slashed and burned its way through a region of the Amazon rainforest the size of Poland, to one which used every tool at its disposal—including revised ownership codes to permit settlers to claim standing forest land as property, and new land registry programs—to reduce deforestation by 80% between 2005 and 2015. [Sustaining that progress has been another story—Ed.]

While the cost of preserving the world’s old growth forests is too variable to be precisely quantified, “estimates place it at about 4% of the US$1.2 trillion the world spends on weapons every year,” observes Drawdown. That figure weighs against the value of protecting biodiversity, building sustainable communities, and drawing down emissions.