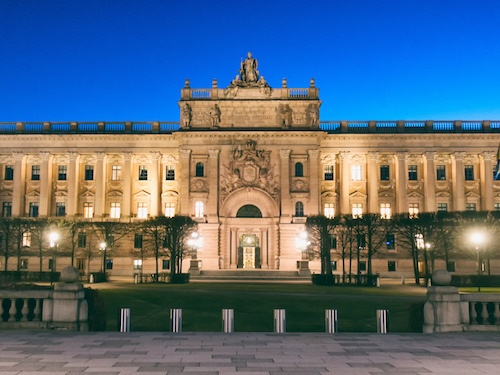 A wave of climate anxiety brought on by wildfires, drought, and the country’s warmest month in 260 years could be enough to sway voters away from a surging far-right political party when Sweden holds its general election next month.

“It’s been a real eye-opener,” said Swedish Education Minister and Green Party leader Gustav Fridolin, in an interview with the Times of London. “There’s a significant number of Swedish citizens who want a party in parliament that puts the climate first. It’s obvious that this is an issue that the far right have real problems with. They have no climate policy whatsoever.”

Until recently, “polls have suggested that after more than half a century of cozy, centrist deal-making, Sweden is heading for intractable political deadlock,” the Times reports, with centre-left Social Democrats and the nativist Sweden Democrats in a tough fight for the lead.

But the far-right party, which had won over many disaffected voters with hard-line positions on crime and migrants, has seen its support “wilt” over the last couple of weeks, “after wildfires tore across more than 60,000 acres (240 square kilometres) of the Swedish countryside,” the UK paper states. “The sight of villages being evacuated and Stockholm drafting in firefighters and water-bombing aircraft has shocked voters before the election on September 9.”

So far, those scenes have played against the Sweden Democrats and in favour of the Green Party, currently a junior coalition partner with the Social Democrats. In early summer, the Greens “were struggling to hit the 4% of the vote they will need to secure seats in parliament,” the Times notes. Now, the party “has a solid hope of returning to government,” with 16% of Swedes telling pollsters they see environment as the country’s biggest problem—ahead of health care and law and order.

The Times of London notes that the worst effects of the country’s drought have been felt in rural areas where the Sweden Democrats have picked up strong support. And now, “the populist party, which critics accuse of flirting brazenly with climate change denial and which was the only Swedish party to vote against ratifying the Paris agreement in 2015, seems rattled.”

EVs Shift Into the Fast Lane