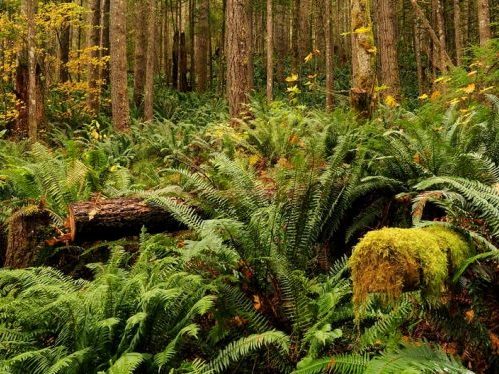 With environmental destruction escalating around the world, environmentalists are accelerating conservation efforts through such endeavors as the Nature Needs Half (NNH) movement, and fighting pitched battles to have nature formally recognized as a legal entity with inalienable rights that must be protected.

Formally launched in 2009 as the brainchild of esteemed Harvard biologist and professor emeritus Edward O. Wilson, “the NNH movement argues that the globe has reached the point where the remaining biodiversity can be saved only if half of its surface is reserved for nature,” writes Gordon DiGiacomo in a post for Policy Options.

Citing Wilson’s 2016 book Half-Earth: Our Planet’s Fight for Life, DiGiacomo reports grounds for hope. “Thus far, the protected areas in the world comprise only about 15% of the land and 2.8% of the oceans,” he writes. But Brazil has made a now-legally binding promise “to fund, forever, the Amazon Region Protected Areas Program, covering 51.2 million hectares.” That area becomes “the world’s largest network of protected tropical rainforests,” three times the size of the entire U.S. National Park System.

And then there is the Yellowstone-to-Yukon Initiative, launched by Canadian environmentalist Harvey Locke, which has “increased protected areas from 11 to 21% within the region” over the past 25 years.

Hand in hand with the idea of reserving vast spaces of the planet for nature has come the idea that nature itself is a claimant to fundamental rights “to protection, conservation, maintenance, and restoration,” DiGiacomo writes.

That notion may still “sound strange” to many, he acknowledges. But the argument for conveying legal personhood to entities in nature has been around for a while, with no less than U.S. Supreme Court Justice William O. Douglas proposing in a 1972 judicial dissent that “just as a corporation and a ship are given a legal personality with rights, ‘so it should be as respects valleys, alpine meadows, rivers, lakes, estuaries, beaches, ridges, groves of trees, swampland, or even air that feels the destructive pressures of modern technology and modern life.’”

This inclusive notion of worth and just treatment is gaining ground and life around the world—from Colombia, whose Supreme Court “attributed legal personality to the Colombian Amazon region” in April, to the high court in the state of Uttarakhand, India, which “ruled that the Ganges and Yamuna Rivers should be considered legal persons,” to New Zealand, whose government “passed a law in 2017 making the Whanganui River a legal person with two guardians, one from the state and one from a Maori tribe.”

Meanwhile, “in a landmark advisory opinion on the environment and human rights, the Inter-American Court of Human Rights determined that the right to a healthy environment protects the environment per se.” As a result, DiGiacomo explains, citing legal scholar Maria Banda, “damage to the environment could be justiciable (able to be heard and adjudicated in court),” even without evidence of direct harm to individuals.