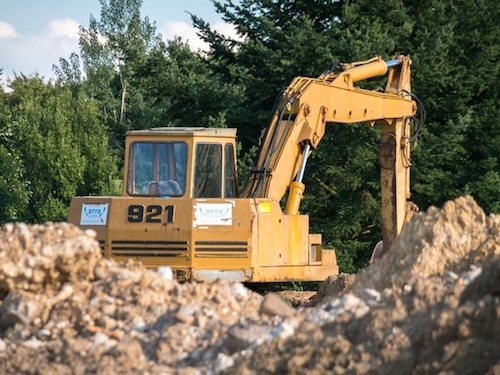 The forest fire known as Parry Sound 33 was still burning but under control last week, and some evacuees were allowed to return home and assess the damage from a blaze that covered 11,362 hectares of northeastern Ontario south of Sudbury.

The Ontario Ministry of Natural Resources and Forestry said Parry Sound 33 had destroyed at least 13 buildings over the last month and reported 41 fires across the region, five of them out of control.

Last week, the CBC News coverage focused on the buildings lost on Humbum Island, in the Key River. At the end of last month, it was a different story, with evacuation orders in effect for Key River, Pickerel River, parts of the Municipality of Killarney, and French River Provincial Park.

“Parry Sound 33 is of particular concern because it was less than a kilometre from the Pickerel River and just five kilometres from the Trans-Canada Highway (Highway 69) on Monday night, prompting fears it could shut down the main highway,” CBC reported at the time. “Crews and officials from across Canada, the United States, and Mexico are part of the effort to get Parry Sound 33 under control.”

A week earlier, CBC reported the fire may have been sparked by continuing construction activity at the province’s largest wind farm site, on the Henvey Inlet First Nation. “Despite ‘extreme fire hazard’ conditions and a region-wide fire ban, a number of workers say crews continued to blast rock and use heavy machinery that had set off several small fires earlier last week,” the national broadcaster stated. “But on Wednesday, things got out of control.”

“We heard on two-way radios that there was an Argo [an all-terrain vehicle] that broke down in the bush where the fire began,” said one worker, who declined to be named or fear of losing his job. “During the week, as we proceeded through work, there were fires that started up from our machines…little fires.” But “this one started and it was too big for [workers] to control. And it got out of hand and it turned into devastation.”

The OMNRF website initially listed the fire’s cause as “human”, but later took down the reference. “That was removed just so, you know, in order to avoid public speculation,” said spokesperson Shayne McCool. “We’re seeing lots on Facebook about speculation,” but “at this time, the cause is unknown and it is under investigation.”

Once the fire began, wind farm developer Pattern Development shut down construction and pitched in to support the evacuation, CBC says.

“The cause of the fire is not known, despite rumours and speculation,” said spokesperson Matt Dallas. “Pattern Development and the construction contractor, CER, are offering our full assistance with the MNRF as they conduct their investigation.”

“Regardless of the cause, we are committed to assisting the communities affected,” added company lawyer Frank Davis. “Pattern Development is anguished over the devastating wildfires affecting the areas around the Henvey Inlet wind project. As wind project partners with Henvey Inlet First Nation, we are deeply concerned with the effect of these fires on the local communities and are committed to helping in any way we can.”

Meanwhile, University of Guelph ecosystem ecologist Merritt Turetsky said intense wildfires in peat-rich areas can cause long-term damage to forest ecosystems. “What I think is happening now (with Parry Sound 33) is that this is a pretty intense fire that is combusting away almost all signs of life in at least some of the areas in that fire perimeter,” she told The Canadian Press.

In the past, she said, fires left behind patches of vegetation and organic matter that could provide a basis for forests to recover. “Now when we go in and survey these severely burned plots, we literally feel like we are walking on the moon,” she said. “This is a totally different ballgame for the vegetation to revegetate.”

Blair Feltmate, head of the University of Waterloo’s Intact Centre on Climate Adaptation, added that severely burned ground leads to soil erosion, which becomes a trigger for other issues. “When large precipitation occurs, trees are usually there to intervene between the water and the ground, so the water only sort of sprinkles onto the ground,” he told CP. “But when the trees have been removed, raindrops hit the ground at maximum speed and it can create a large-scale erosion.”

McMaster University wildfire specialist James Michael Waddington expressed concern about the severity of peat and soil fires in areas that should have more moisture.