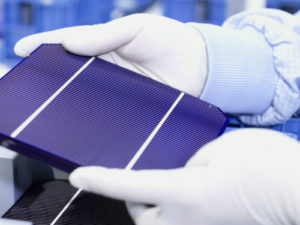 Mississauga, Ontario-based Silfab Solar is aiming for a big boost in output from its standard photovoltaic cells under a new strategic alliance it announced last week with Koninklijke DSM N.V., a multinational material science, health, and nutrition firm based in Heerlen, The Netherlands.

“When you combine DSM’s innovative technology and material science capabilities with Silfab’s proven designs, we are able to realize a nearly 30% increase in output over conventional modules,” said Silfab Chief Operating Officer Paolo Maccario. Greentech Media reports the company is planning two new 150-megawatt production lines for its 60- and 72-cell photovoltaic modules, one in Ontario and the other in the United States.

“The conductive backsheets eliminate the need for electrical connections on the front of solar modules, increasing the surface area available for energy generation and cutting losses to deliver a 3% boost in power output compared to panels made from standard cells,” Greentech states, citing Silfab Executive Advisor Geoff Atkins. “When combined with back-contact cell technology into a finished module, the improvement in power output could be close to 30% more than a mainstream 280-watt product.”

At 320 watts, Silfab’s 60-cell solar modules already have higher output than the industry standard, Atkins said. The new backsheet will boost that output to 350 or 360 watts, “but we are waiting until our first generation is produced.”

Silfab and its U.S. customers “will be the first to enjoy the results of the cooperation,” he added. “The materials will be commercially available in Q1 2019 and sold exclusively to North American Silfab partners.”

As recently as May, DSM reported that “back-contact solar cells improve PV efficiency by maximizing the workable surface of the cell, but have so far failed to catch on for lack of an efficient, cost-effective backsheet,” Greentech explains. “DSM claims to have solved this challenge by creating a patterning system that is 100 times faster than before. This is a pivotal part of the manufacturing process for conductive backsheets.”