Szeman: Canadians Support the Transition. When Will Governments Catch Up? 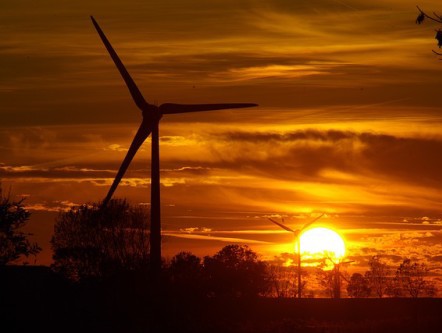 Even with Canadian public opinion undergoing a “remarkable shift” toward renewable energy development, favouring greenhouse gas reductions over resource sector jobs by more than a three-to-one margin, the federal government is still falling short of its climate targets and taking perverse positions designed to shore up fossil fuel development, the University of Waterloo’s Imre Szeman writes in a recent post for The Beam.

“In recent months, a number of European countries, regions, and cities have announced aggressive new policies designed to generate their own German-style Energiewende, and to do so in short order,” writes Szeman, Canada Research Chair in Cultural Studies and manager of the Petrocultures listserv.

“Canada, by contrast, has committed itself to continued fossil fuel extraction, through the approval of projects such as C$7.4 billion [Now $9.3-billion—Ed.] Trans Mountain pipeline designed to move oil from the Athabasca Tar Sands to the Pacific coast, and the Keystone XL project, greenlighted by the Trump administration as one of its first acts of state.”

While the Trudeau government sees fossil revenues helping to fund a post-carbon transition, “the logic can’t help but strike one as bizarre,” Szeman writes. “Canada will get around to meeting its emissions targets, but only by first putting huge additional amounts of CO2 into the atmosphere. To most, the actions of the government are cynical and self-interested — a way of keeping energy-rich provinces (such as Alberta) happy while paying lip service to Canada’s international commitments. It’s not the best way to deal with the environment. And it’s clearly out of step with what most Canadians want.”

Instead, he adds, “now is the time for Canada to get serious about developing a national energy transition policy”—since, to date, “no such energy transition policy exists.” That policy “would directly and concretely speak to the need to shift from fossil fuels to renewable forms of energy. It would outline programs and interventions that would make this happen sooner rather than later. And it would make clear that this transition can’t be left to the energy market or be shaped by the price for energy.”

He adds that a commitment to a “just transition” for fossil work forces and communities would mean a process driven from the bottom up, not from the top down. “Energy workers themselves have taken the initiative in outlining a wide range of possible ways that they and their communities might make the shift away from fossil fuels toward a more sustainable future,” Szeman writes.

But so far, “instead of taking on the challenge and opportunity of developing new transition policies capable of curbing greenhouse gas emissions and creating jobs for an economy undergoing transformation, governments play worried citizens off of one another (in the hopes of keeping votes at the ballot box), while fossil fuel companies generate profits in a declining yet still destructive industry,” he concludes. Even so, “Canadians are ready to take on the work of the environment and do jobs that work for the environment. They just need some help from their governments,” including a transition plan “that focuses on them and not on markets and profit.”