McKibben Urges California to Free Itself from Fossil Fuels 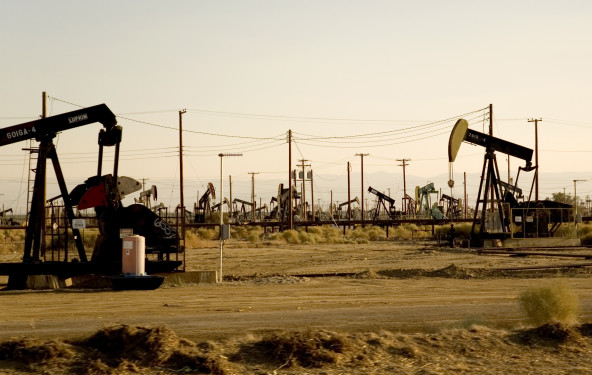 California must respond to a summer of wildfires and heat emergencies by freeing itself from fossil fuels, 350.org co-founder Bill McKibben argues in a New York Times opinion piece.

“For generations—maybe since the gold rush—California has been where our dreams gather,” McKibben writes. But now, “in this scariest of seasons, California is also where our nightmares collect. At the moment, the largest fire in the state’s history burns out of control; Yosemite Valley is closed indefinitely because flames lick at its access roads; and Death Valley has just registered, for the second straight year, the hottest month in American history. Meteorologists are scrambling to make sense of a so-called fire tornado that lifted 39,000 feet from the fire that burned near the edges of the city of Redding, twirling for more than an hour and stripping the bark from trees.”

While “California’s troubles are made more acute by Washington’s descent into ideological delusions,” McKibben says the state assembly has an opportunity August 31 to push in a positive direction: the senate has already adopted a 2045 deadline for a 100% transition to clean energy, and now it’s up to assembly members to pass the same legislation.

“Already, thanks to strong efforts at efficiency and conservation and the falling price of solar power, the average California household spends almost 50% less on energy than the average family in, say, Louisiana,” he writes. “But unless the assembly passes S.B. 100 before the current session ends, much of that momentum will evaporate.”

With 72% of Californians supporting the bill, “it’s now a test of confidence versus cravenness for members of the assembly,” McKibben adds. But “the governor, Jerry Brown, has been strangely quiet on S.B. 100, which is odd since it should be the no-brainer capstone to his clean energy endeavours.”

Until now, though, McKibben says Brown has failed to stand up to the state’s fossil industry (and he points to Canada’s impending pipeline purchase as evidence that Brown is not alone). The Brown administration “routinely grants new permits for oil and gas drilling, leading not only to more carbon emissions but also to drill rigs and derricks next to the houses, schools, and hospitals of the state’s poorest residents,” he writes. “From rural Kern County to south-central Los Angeles, nearly 70% of the people living near wells are minorities.”

But now, McKibben says Brown—term-limited, 80 years old, and with no likely prospect of running for office again—will be “judged by history” by whether he can “resist the financial might of the fossil fuel industry.” Ahead of Brown’s Global Climate Action Summit in San Francisco in mid-September, he says rallies around the world will push California to restrict fossil fuel supplies as avidly as it has sought to clamp down on energy demand.

Szeman: Canadians Support the Transition. When Will Governments Catch Up?