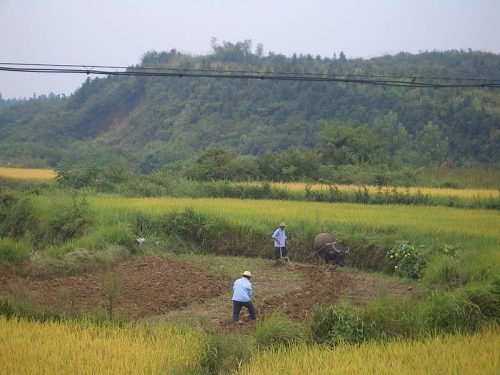 Scorching heat waves could leave vast segments of China uninhabitable by the end of the century, according to a study by a team at the Massachusetts Institute of Technology, published late last month in the journal Nature Communications.

“As carbon emissions soar and farmland expands across the fertile North China Plain, this area could soon see the biggest climate change-induced loss of human life on Earth,” The Independent reports.

The plain, a narrow strip that stretches the length of the Yellow River, “is the most populous region of the most populous country on Earth, and it plays a vital role in feeding the nation’s 1.4 billion inhabitants,” the paper notes. But the MIT study concludes “that human activity will make deadly heat waves across the region far more likely in the coming years and leave farming there impossible.”

The study team concludes that China’s own population will see severe consequences if the country doesn’t scale back its carbon pollution. “This spot is going to be the hottest for deadly heat waves in the future, especially under climate change,” said co-author Prof. Elfatih Eltahir.

In the study, Eltahir and his colleague Dr. Suchul Kang “used climate models to predict how rising global temperatures would affect the well-irrigated farmland of the North China Plain,” The Independent explains. “Low rainfall across the region makes irrigation networks necessary to effectively utilize the highly fertile soil. However, as heat increases, these systems will result in high levels of water evaporation, making the air incredibly humid.”

That humidity “exacerbates the effects of heat waves,” by preventing people from sweating out excess heat.

The paper predicts “that in the latter half of the century, temperatures and humidity will regularly combine across the North China Plain to reach levels at which a healthy person may not be able to survive outdoors for more than six hours,” the UK publication adds. “Farming under such conditions would be next to impossible.”

The modelling showed irrigation adding 0.5°C in additional warming across the region.