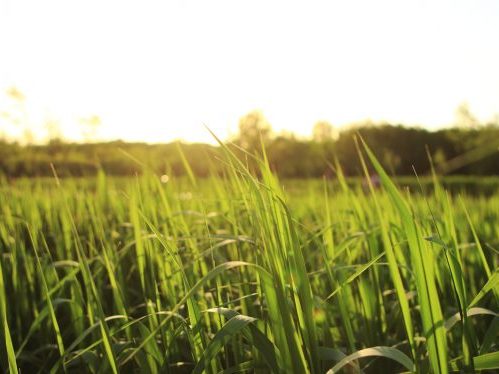 “Spraying or injecting tiny airborne particles into the stratosphere has been regarded as one of the prime possibilities for geoengineering, by reflecting some of the sun’s rays back into space before they can warm the Earth,” The Guardian reports. But “the findings deal another blow to proposals to use geoengineering to reduce or delay global warming, which some scientists think may be necessary to stave off the worst effects of rising greenhouse gas emissions.”

A team led by Ph.D candidate Jonathan Proctor at University of California, Berkeley studied the impacts of volcanic eruptions on agriculture, in a bid to anticipate the effects of solar geoengineering without experimenting on the Earth itself. The research looked at UN Food and Agriculture Organization (FAO) data from the eruptions of El Chichón in Mexico in 1982 and Mount Pinatubo in the Philippines in 1991.

Both released large volumes of sulphate particles into the stratosphere, and the resulting deflection of sunlight “had a negative effect on the yields of many staple crops, including rice, wheat, and maize,” The Guardian notes, citing the study. The UC Berkeley team “concluded that the impacts on crops of sending particles deliberately into the stratosphere would probably be similar, and that the beneficial effects on crop yields from the resulting cooling would be ‘essentially negated’ by the loss in crops due to the reduction in sunlight, failing to remove the threat climate change poses to agriculture and food security.”

“The implications of this are that solar geoengineering, using sulphate-based aerosols like we saw emitted from these volcanic eruptions, may be an ineffective way to mitigate the damage that climate change poses to global agricultural production,” Proctor told a media briefing.

Hugh Hunt, reader in engineering at Cambridge University, who was not involved in the research, said SRM is “no magic bullet,” but could still reverse Arctic sea ice loss and preserve the Greenland ice sheet, saving millions of homes from sea level rise.

“In an SRM world, agriculture will be sustained by a more stable and predictable climate,” he told The Guardian’s Fiona Harvey. “SRM, rather like chemotherapy, is not something one would wish on a healthy planet. The Earth is sick and it is likely that any cure such as SRM will have unpleasant side effects. What we really ought to be doing is to halt the rise of atmospheric greenhouse gases, not just sometime in the future, but now.”

David Keith, director of Harvard University’s Solar Geoengineering Research Program, said the study was “useful and important”, but doesn’t provide “solid evidence” on the impact of SRM on crops.