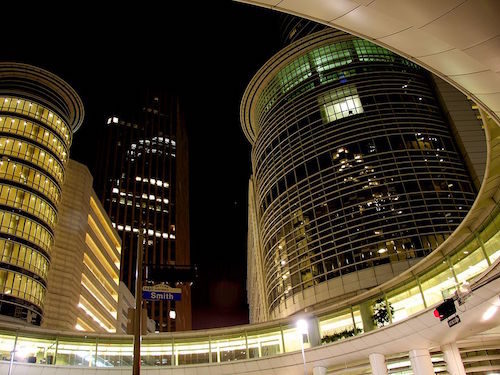 By the time Kinder Morgan Ltd. issued its April 8 ultimatum, demanding “certainty” on the future of its Trans Mountain pipeline expansion by May 31, then-Natural Resources Minister Jim Carr and his chief of staff, climate hawk Zoë Caron, were already more than a month into the negotiations that eventually led to the federal government buying out the controversial project.

That revelation leads off a chronology by National Observer Managing Editor and investigative ace Mike De Souza, based on a Kinder Morgan proxy for shareholders filed early last week with the U.S. Securities and Exchange Commission.

“These previously secret overtures began even though the government had made it clear, during its early negotiations with the Texas multinational, that it didn’t want to buy the pipeline and oil tanker expansion project,” Observer reports, citing the Kinder Morgan proxy document. The proxy “highlights how far the federal government was willing to go to stop the company from abandoning its plans, starting with a trip to Houston early in 2018.”

As negotiations unfolded, “the company systematically rejected the government’s negotiating position, driving Ottawa to eventually agree at the end of May to buy the rights to the Trans Mountain expansion project and an existing 65-year old pipeline system for C$4.5 billion.”

That deal is now coming up for approval by Kinder Morgan shareholders August 30, and the company is recommending they accept it. If they do, five company executives will be entitled to cash out shares worth millions of dollars, Observer reveals.

When they first travelled to Houston March 6, Carr and Caron “offered a ‘resolution’ to concerns that the company and its shareholders were about to lose billions of dollars if they continued spending money on the project without guarantees they could complete or even operate it under tough provincial regulations,” De Souza writes. “At that point, the company had already spent about $1.1 billion on the expansion, and was expecting to lose all of that money until the government came through with its $4.5 billion offer to purchase the existing Trans Mountain pipeline, some related assets, and the rights to build the expansion.”

On top of the $4.5 billion, Kinder Morgan’s estimate of the cost of completing the project has skyrocketed from $4.1 billion when the federal cabinet approved it in November 2016, to $7.4 billion when Ottawa announced the buyout, to $9.3 billion in the latest filing.

“It appears as though (the federal government) deliberately withheld information about the costs, because it would have shocked Canadians at the time,” economist and longtime project critic Robyn Allan told Observer. “If they didn’t know, they should have known.”

At that March 6 meeting, “company officials told Carr and Caron that they wanted the federal government to show more ‘support’” for construction of the pipeline, De Souza writes. The proxy indicates the company demanded “legislation that would provide a ‘once and for all’ approval of the federally-approved undertakings, rendering B.C.’s initiatives to stop the project ineffective.” It noted the potentially “disastrous” risks Kinder Morgan faced due to British Columbia’s constitutional and jurisdictional challenge to the project. Observer notes that it made no mention of the additional issues raised in separate court challenges by First Nations.

But “despite all of these legal and regulatory obstacles, federal government representatives continued to meet with Kinder Morgan officials over the next few weeks,” Observer recounts. The proxy documents conference calls and meetings with the federal finance department and the Prime Minister’s Office between March 21 and 27, with officials saying Canada could “potentially step into ownership” of the project to get the pipeline built.

When the April 8 ultimatum hit, “I knew there was a reasonable chance that they would pull out and at the same time there was a possibility Canada would step in,” Carr told The Canadian Press in June. Canada proposed a partial buyout April 10, Kinder Morgan suggested April 13 that the parties “focus on a 100% sale scenario”, and Trudeau instructed Finance Minister Bill Morneau to initiate formal negotiations April 15. De Souza recounts the chronology leading up to May 29, the day Morneau told Canadians we’d all become involuntary owners of the pipeline Kinder Morgan knew better than to build.