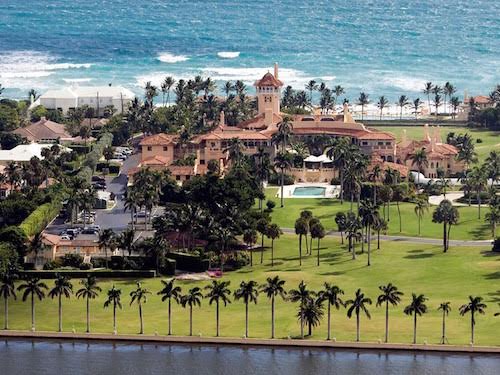 The August 7 edition of Jimmy Kimmel Live set out to perform an essential public service, explaining the climate crisis in terms that Donald Trump can understand.

The mock video ad is attributed to “Americans for Whatever the F*** It Takes.”

“These greenhouse gases accumulate in the atmosphere, and the events can be catastrophic,” the narrator intones. “Some say that by 2050, 80% of the world’s coastal golf courses could be submerged” (at which point the video shows a still of Trump National Golf Course).

“Droughts will dry up fairways and make putting greens unputtable,” the narrator continues. “Rising sea levels in Florida will make exclusive luxury waterfront clubs (Mar-a-Lago) uninhabitable. Extreme weather will impact agriculture, leading to fried chicken shortages Kentucky-wide,” and prompting a sudden shift in Trump’s dinner diet aboard Air Force One. “And young women will be too dehydrated to have sex with wealthy older men.”

“This is bigly important stuff,” Kimmel says, in an introductory monologue that includes fact checks on record-high levels of atmospheric carbon dioxide, abnormally warm temperatures around the globe, unprecedented Arctic ice melt, and the moves Trump is nevertheless making to roll back Obama-era environmental regulations.

“Some of us need to get through to the president before it’s too late. He lives in this world, too,” Kimmel said. “So as a service to the planet, we made something that I hope he sees, that breaks it down in terms that I hope will resonate with him.”

Fossils Gear Up for New Wave of LNG Expansion