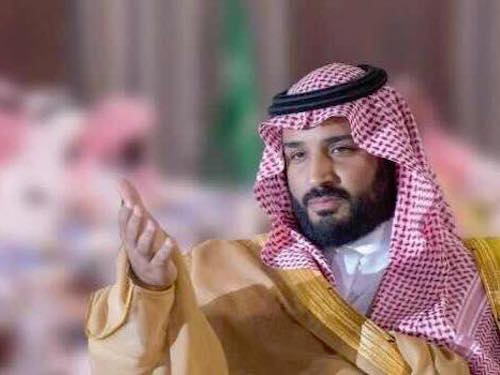 It didn’t take very long for the fossil industry and its proponents to come up with a simple response to the diplomatic spat between Canada and Saudi Arabia: let’s just restart plans for TransCanada Corporation’s controversial Energy East pipeline, to provide a secure supply of oil for the country’s eastern provinces.

There were just a couple of problems with the plan: The existing oil supplies were never in doubt, and Saudi Arabia’s extreme defensiveness over a human rights tweet from Canadian Foreign Affairs Minister Chrystia Freeland soon came in for its own share of second-guessing.

The saga began when Freeland tweeted Canada’s concern about Saudi Arabia’s arrest of human rights activists—somewhat echoing a talking point that fossils often make in their claims for the country’s “ethical” oil. “Canada is gravely concerned about additional arrests of civil society and women’s rights activists in #SaudiArabia, including Samar Badawi. We urge the Saudi authorities to immediately release them and all other peaceful #humanrights activists,” Freeland wrote.

“It is the sort of thing that Western governments do from time to time when their consciences are mildly pricked by the actions of authoritarian regimes,” notes Middle East analyst and former BBC reporter Bill Law, in a report for Al Jazeera. “The response of those regimes is usually to ignore the criticism and life, trade deals, and human rights abuses carry on until the next time democratic consciences are somewhat troubled. It has become a bit of a game, a diplomatic set piece with little consequence for either side.”

After Saudi Arabia recalled its ambassador from Ottawa, gave the Canadian ambassador in Riyadh 24 hours to leave town, and began cutting economic ties, Canadian fossils swung into action. “Geopolitical tensions, whether they be with our largest trading partner, the U.S., or with other countries, illustrate the opportunity we have to improve energy security within our own borders and to expand our exports to global markets to ensure we are getting the best price for our products,” said Ben Brunnen, vice president of oil sands operations and fiscal policy for the Canadian Association of Petroleum Producers.

“The best thing the Liberal government could do in response to the diplomatic and trade war started by Saudi Arabia is to kick-start the Energy East pipeline project again,” opined former Alberta opposition leader Danielle Smith, now a radio host with Global News affiliate 770 CHQR in Calgary. “The second-best thing they could do is tell Saudi Arabia that we don’t need their dirty oil and source it from the Americans instead.”

Federal NDP leader Jagmeet Singh said Canada should simply buy any imported oil it needs from less objectionable regimes. “I think we should look at that as an alternative to dealing with a nation that has a serious track record of human rights violations, oppression of women, oppression of those who have voiced criticism of the government,” he told CBC’s Power & Politics program. “We should take a hard look. Does it make sense for us to continue to have trade relations with a country that has such a bad track record?”

While Singh is on record opposing both the Trans Mountain and Energy East pipeline projects, he said he would be in favour of adding refining capacity in Canada to process raw bitumen.

But less than a week after his government’s initial outburst, Saudi Energy Minister Khalid al-Falih was clarifying that “the current diplomatic crisis between Saudi Arabia and Canada will not, in any way, impact Saudi Aramco’s relations with its customers in Canada.” In a prepared statement, he affirmed a “firm and long-standing policy” that petroleum supplies are not influenced by political considerations. A day earlier, the Saudi government’s Center for International Communication (CIC) posted but then deleted a tweet stating that “neither the government nor the Central Bank or the state pension fund has issued any instructions regarding the sale of Canadian assets.”

While the Toronto Sun seized on the story, with a big headline claiming the Trudeau government is “turning Canada into a pariah” (Wot? The Sun chain siding with autocrats and misogynists?—Ed.), BBC and Al Jazeera’s Bill Law has a more in-depth, reasoned analysis. “Picking on Canada, a country with a generally positive global image, and doing so in language that is almost baroque in its claims while at the same time threatening to meddle in Canada’s domestic affairs unless the criticism stops, is an odd thing to do when you are attempting to rebrand your country as moderate and open for business,” he writes. “But when you are a young man in a hurry with enormous power to wield, busy jailing anyone who dares to criticize with no one to gainsay you, then this is what happens.”

CBC also points to the serious, needless risk bin Salman is taking by cancelling Canadian wheat imports when global supplies are dwindling—due to an epic Northern Hemisphere heat wave brought on in part by the extraction, export, and use of his own country’s major export.

While Canada isn’t currently one of the country’s major wheat suppliers, “Saudi Arabia imports hundreds of billions of dollars’ worth of food every year, so the plan—if it’s a serious threat — would presumably be to source grains elsewhere,”  CBC notes. But “if that’s the case, Riyadh is likely to run into a problem: other countries don’t have much to sell right now.” Europe’s wheat production this year will be its lowest since 2012, turning Germany from a net exporter to a net importer.