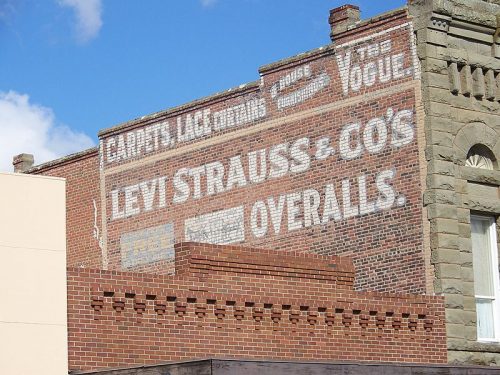 Stand says the move will help shift the entire apparel industry toward renewable energy and drive down coal-fired electricity generation in Asia. It’s asking supporters to send a thank you note to Levi’s CEO Chip Bergh and VP Michael Kobori.

“This action demonstrates that Levi’s is truly committed to the environmental sustainability that we need for strong climate action,” the online letter states. “This is the kind of climate leadership that we need to see,” and “we stand with you in hoping that other companies will follow your lead.”

Stand notes that the announcement “will allow Levi’s to quickly reduce its carbon footprint in its entire supply chain, including its overseas factories, with adequate commitments that will help the company meet or beat the reduction standards laid out in the UN Paris Agreement on climate change. By reducing air pollution around its factories and helping slow climate change, this move from Levi’s will also literally save lives.”

The Levi’s decision comes as a result of Stand’s Too Dirty to Wear campaign, which launched in December to focus on the carbon pollution the company was triggering beyond its own, immediate operations—what carbon accounting specialists refer to as Scope 3 emissions.

“For decades, fashion companies have greenwashed their climate commitments by pledging to reduce pollution at their stores or headquarters only—ignoring the vast amounts of pollution hiding in their overseas factories,” said Stand climate campaigner Kristina Flores. “Levi’s deserves serious recognition for being an apparel industry leader and bucking the industry trend of weak climate commitments.”

“This commitment will mean fewer coal plants in Southeast Asia, cleaner air and water, and sets a new bar for the whole apparel industry,” wrote Tzeporah Berman, Stand’s Deputy Director of Campaigns and Communications. “When Stand launched this campaign a year ago, many said it couldn’t be done. Or that is was ‘unfair’ because Levi’s was already committing to ‘best in class’, which was reduction in emissions from their operations but not the production of clothing (majority of emissions).”

But “it turns out the instincts of the team at Stand.Earth were right. A public campaign that shines a little light and creates some leverage can help move a company and potentially an industry, and it can be done with humour (loved the pants-off dance off protests!).”

Since December, more than 143,000 people had signed an online petition to Bergh, and dozens had taken part in “too dirty to wear” dance parties outside Levi’s stores in San Francisco and New York. Now, “Levi’s commitment to reduce 40% of greenhouse gas emissions in its supply chain by 2025 is a fantastic first step in addressing the company’s outsized climate pollution,” said Executive Director Todd Paglia. “We are hopeful the denim giant will also make a long-term commitment to further reduce its greenhouse gas emissions by 60-70% by 2050, which is in line with climate pledges by leading companies like Mars and Apple.”