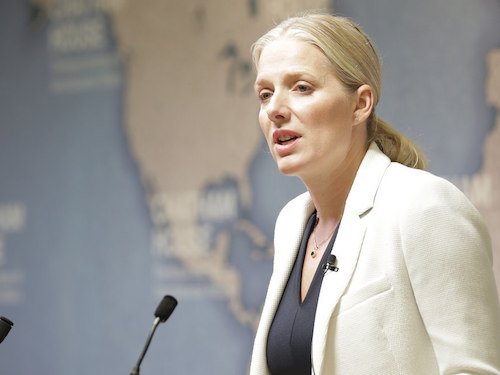 News reports last week that the Canadian government was scaling back its carbon pricing regime for heavy emitters descended quickly into the technical details, with experts asserting that national media and federal officials both got it wrong in their descriptions of the emerging plan.

The coverage kicked off Wednesday, with the Globe and Mail reporting that Ottawa would “drastically reduce the scope of its planned carbon tax to address competitiveness concerns as it prepares to replace Ontario’s cap-and-trade system with its own levy.” The paper said new federal guidelines, applicable to any province that doesn’t adhere to the national floor price on carbon, would “lower the percentage of emissions on which large polluters will have to pay the carbon tax and offer bigger breaks for energy-intensive companies that face tough international competition.”

The Globe said the government had cut the percentage of emissions on which vulnerable industries would have to pay the tax, from 30% in a January 2018 discussion paper to a range of 10 to 20% in the revised plan, with the lowest rate applying to particularly vulnerable industries like cement, lime, fertilizer, and steelmaking.

“We have to do it in a smart way,” said Environment and Climate Change Minister Catherine McKenna, during a visit to Quebec’s Gaspésie region. “I’ve always said the environment and economy go together, and we don’t want to drive industry out of our country. We want to have the most energy efficient, smart industries here that create good jobs, and at the same time do what we need to do to tackle emissions. And that’s exactly what we’re doing.”

But “environment experts took to Twitter to call out the media’s ‘dramatization’ of the changes, calling them misleading to the public,” reports iPolitics [subs req’d].

“The federal government has not gone soft,” said University of Calgary economist Trevor Tombe, explaining that Ottawa was simply releasing a set of subsidy rates adjusted to the competitiveness—or trade exposure—of different industries.

University of Calgary PhD candidate Blake Shaffer said the government had introduced a two-pronged system—an across-the-board floor price on carbon, and a separate output-based allocation (OBA) that recycles some of the carbon price revenue into industries that fall into the “emissions-intensive and trade-exposed” category. (Note to anyone outside the Ottawa bubble: Yes, ‘EITE’ is a recognized acronym, and yes, it’s a thing. – Ed.)

“This is a really good case study for what they should have been talking more about,” Shaffer told iPolitics. “They should have been stressing how this mechanism works and how it protects Canadian competitiveness while also getting environmental benefits.”

“Everyone still faces the full carbon tax,” Tombe added. “The confusion comes from some of the language we use to describe that packet of policies as though there’s some threshold above which you start paying the carbon tax.” But “that’s completely wrong.” He said the misunderstanding traced back to language on the Environment and Climate Change Canada website as well as the news reports last week.

University of Ottawa Environment Institute Director Stewart Elgie said the change made sense, reflecting the reality that “very few industries will be able to cut emissions more than 10 to 20% over the next five years,” the Canadian Press reports. A tax above that threshold “would hurt a company’s ability to innovate and find a viable solution,” and “[raise] the cost to business without changing behaviour, and that’s where companies start looking to move to jurisdictions with lower taxes.”

The Globe and Mail cites continuing lobby efforts by automakers, manufacturers and exporters, and the Canadian Fuels Association to set the final shape of the pricing system, while the Canadian Association of Petroleum Producers claims its members should be “at the top of the list” of trade-exposed industries, the Financial Post reports.

By Thursday, senior Environment officials were saying further revisions to the carbon price system could be ahead, in light of an ongoing trade war with the Trump administration and concerns about the impacts of federal carbon pricing on Ontario industries. “We’re not done. No final decisions have been made,” John Moffet, assistant deputy minister of the environmental protection branch, told media during a technical briefing at the National Press Theatre in Ottawa. “In principle, I would say this government is open to further changes.”

That’s partly because officials never evaluated the impact of the federal floor price for Ontario, Moffet admitted, since the previous provincial government was on track with its own carbon pricing regime. “Our work initially focused on sectors active in provinces where we were fairly confident the backstop would be applied,” he explained. “At that time, of course, Ontario had a cap-and-trade system, so we didn’t look at all the Ontario sectors.”

Moffet said the revised plan will still create a price incentive for companies to earn credits that they can sell to polluters, to help cover the cost of reducing their own emissions. “The core concept here is opportunity cost.”

He added that “this is not a major policy shift. In our view it represents a fine-tuning,” affecting emissions of less than 10 megatonnes. “We expect it to have minimal impact on greenhouse gas reductions.”

But with another round of industry consultation coming up, the Pembina Institute expressed concern about the range of data the government might ultimately factor into its assessment of different industries’ competitiveness or vulnerability.

“We insist that this data be assessed really diligently and that only critical data be admitted for that assessment,” said federal policy director Isabelle Turcotte. “Pricing carbon pollution is really essential to cost-effectively and efficiently address the challenge of climate change and to make sure there’s an incentive for Canadian industries to innovate.”

“Why is the stringency of carbon pricing being reduced for industry across the board—even for those sectors identified as ‘low risk’—rather than targeting relief for those sectors at highest risk?” added Climate Action Network-Canada Executive Director Catherine Abreu, in an interview with the Globe.

“The Liberal carbon tax has become one of the country’s political hot buttons, and on the political front, the government dropped the ball,” he writes. “Consultation with industry had always been a component of the Liberal plan, and those involved say that consultation had been formal, open, and constructive. But the decision to deliver higher rebates to heavy emitters was merely posted to the government website on a sluggish late July Friday afternoon, a move that even those who support the initiative agreed was ham-handed.” The detailed technical briefing wasn’t held until six days later, cementing the impression that Ottawa had “quietly changed the rules five months before the regulations take effect”.