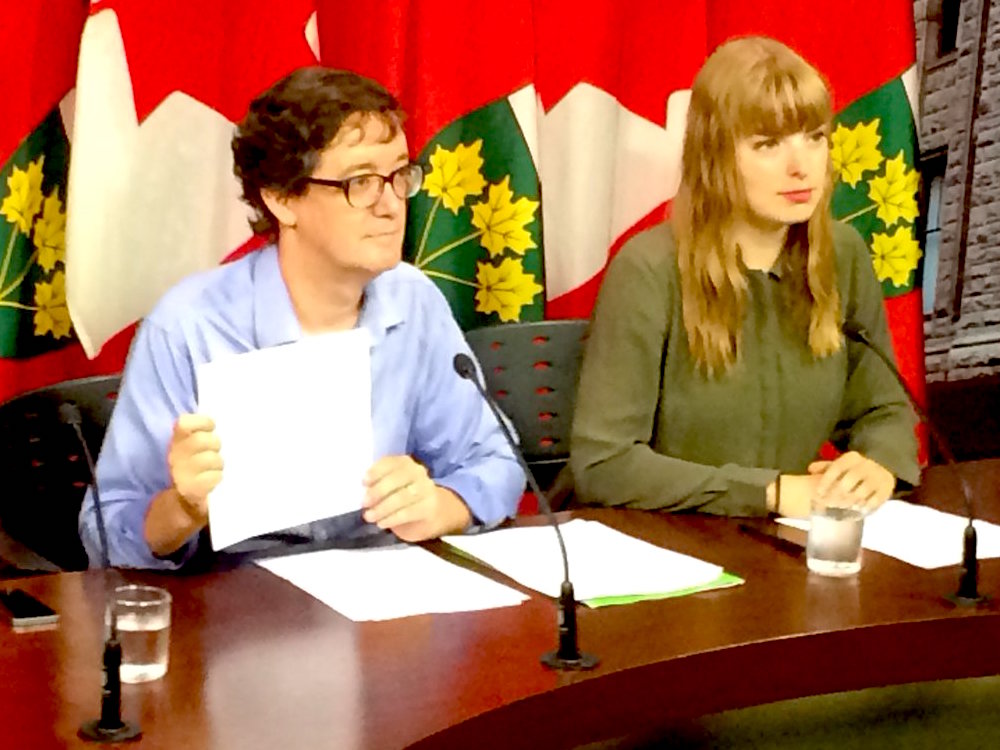 The campaign included billboards in “high visibility locations” and sending pro-pipeline mailers to 400,000 households, the news organizations’ investigation revealed. It ran from April 8 to May 29, the date Prime Minister Justin Trudeau announced the federal cabinet’s decision to purchase and complete the controversial Trans Mountain pipeline expansion. Ontarians went to the polls June 7 and elected a Progressive Conservative majority government.

“I’ve never seen the oil industry lobby like this before,” Greenpeace Senior Energy Strategist Keith Stewart said at the time. “What is absolutely unprecedented, as far as I know, is deliberately targeting swing ridings in order to impact the makeup of the government.”

“The ads in question did not identify CAPP as the main funder. They were fronted by a group called Canada’s Energy Citizens, which was created and managed by CAPP to drive public support for oilpatch-friendly policies in Canada,” Observer recalls. “Neither CAPP nor Canada’s Energy Citizens were registered as third-party advertisers for the recent election,” a requirement for any campaign that spends $500 or more on issues raised by parties or candidates.

“The advertising material urges Canadians to ‘tell your federal MP to support the Trans Mountain Pipeline’ alongside the message, ‘Is Canada closed for business?’,” Observer notes. CAPP spokesperson Chelsie Klassen has said the campaign “aligned with the federal decision on a federally-regulated pipeline deemed in the national interest, targeting federal Members of Parliament, not candidates of the Ontario election.” But the complaint alleges the campaign’s messaging “touched on provincial election issues, such as carbon pricing and whether environmental regulations are affecting business in Ontario,” Observer reports.

“Parallel to the time CAPP’s ‘closed for business’ billboards were displayed in the Toronto region and on social media, Ford was campaigning that he would be ‘going down to the border and putting up a big neon sign saying Ontario is open for business’.”

In the complaint, Stewart cites social media posts from Canada’s Energy Citizens asking supporters to contact politicians at all levels, with some carrying the hashtag #onpoli (Ontario politics). “It is also worth noting that there were five Twitter postings from Energy Citizens attacking carbon pricing on June 5 and 6, immediately prior to the Ontario election,” he wrote in his submission to the Chief Electoral Officer.

“This ad campaign by a front group for the country’s largest oil and gas lobby group supported the Conservative party’s platform, raising serious questions about whether it violated Ontario’s election law,” Stewart said in a release. “Now more than ever, we must vigorously defend the democratic process against those who would subvert it for their own advantage.”

“The disclosure requirements and spending limits are there to prevent big businesses and other wealthy interests from undermining fair and democratic elections,” added Democracy Watch co-founder Duff Conacher. “Elections Ontario must strongly enforce the law and not create any technical loopholes that can be exploited by these wealthy interests.”

Conacher told CBC it would be important for the electoral officer to recognize that Canada’s Energy Citizens was operating as an arm of the national fossil lobby. “Hopefully, Elections Ontario won’t look at this situation and say, ‘oh but it was this front group for the oil and gas producer companies, not the industry association, and we’re going to interpret the law to open this technical loophole and that technical loophole to make this all legal,” he said.

Under Elections Ontario policies, the next step is for Essensa to acknowledge receipt of the complaint if he decides to investigate, National Observer states.