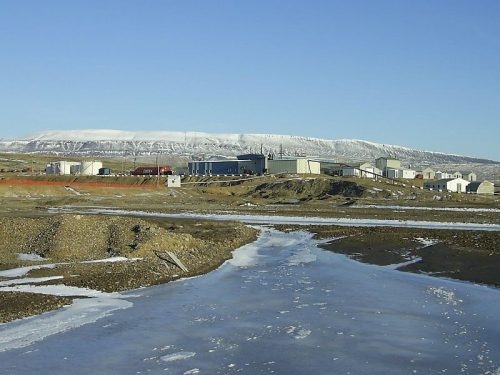 All 1,773 glaciers on Ellesmere Island in the High Arctic have shrunk between 2000 and 2016, most of them significantly, according to a new report from University of Ottawa glaciologist Adrienne White, based on seven field seasons in the northern part of the island.

“I’ve been actually able to see with my own eyes, to the point where there were some areas I couldn’t recognize between years,” White told The Canadian Press. “One year you’re Ski-Dooing over the ridges of these ice shelves, and then you go back the year after and (it’s) like a city of icebergs.”

After cataloguing and studying the glaciers based on satellite imagery and field observations, White reported that 1,353 of them, or 76%, shrunk significantly in the first 15 years of this century. And most of them “probably aren’t coming back,” CP reports.

“The Canadian Arctic is experiencing some of the fastest climate warming anywhere on Earth. The annual average temperature on Ellesmere Island has increased by 3.6°C,” notes reporter Bob Weber. “Data from other points in the Arctic suggest rising temperatures mean the elevation needed for snow to last through the summer has risen by 300 metres.” Based on White’s measurements, that means most Ellesmere glaciers “are no longer high enough to accumulate snow.”

“You need that year-long snow to be able to accumulate and create more ice, and I just don’t see that,” she said. “Over 50% of the glaciers are completely in the ablation zone, (where) 100% of the glacier area is undergoing melt. No part of that glacier is creating more ice.”