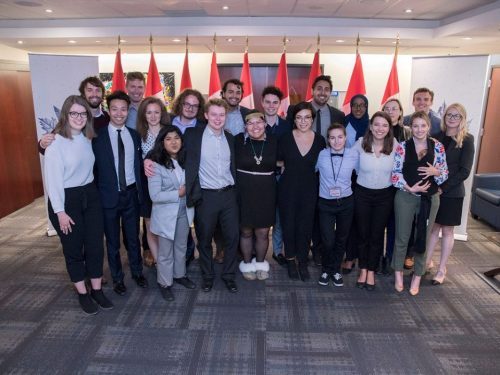 Seventeen of the 21 members of Prime Minister Justin Trudeau’s youth council have signed a letter expressing their “immense disappointment” with the PM’s decision to buy out Kinder Morgan’s Trans Mountain pipeline, and urging him to walk back the C$4.5-billion purchase.

Coast Protectors is urging supporters to join the sign-on.

“When you appointed yourself as Minister of Youth, you indicated that you were willing to step up to the challenge of listening to and honouring the concerns of our generation—a commitment that is predicated upon a safe and sustainable future,” they add. But “the decision to buy the Trans Mountain pipeline project calls into question your commitment to young Canadians. It is youth who will be disproportionately affected by the devastating consequences of a warming world, and yet you did not sufficiently consult us before taking a decision that has profound and irreversible consequences for youth in Canada and around the world.”

Ali, a Council member and University of Toronto environmental studies student, told CTV Canada is fortunate to have a government that’s concerned about environmental issues, but said Trudeau had missed the opportunity “to be a leader on this file.” While “oil dependency is a reality, and I understand that it’s a big part of our economy,” she added, “where will we be in 50 years or 100 years?”

The letter notes that “people who love these lands and territories, who want a livable world for themselves and their children, will not stop protesting this pipeline,” and takes note of “recent national rhetoric” from former Bank of Canada Governor David Dodge suggesting people will die before the Trans Mountain project is built. “We call on you to condemn such rhetoric and promise not to involve militarized police forces or escalate violence in any way,” the youth write.

Ultimately, “we are asking you to be the leader you were entrusted to be: honourable, ethical, and courageous enough to act accordingly,” they add. “Choose a path of fiscal prudence, social and cultural healing, and sustainable growth for Canada, and you will begin to write a future that young people will be proud to read about.”

“It is heartening to see young Canadians engage on political issues that affect them and become involved in the democratic process,” Prime Minister’s Office spokesperson Chantal Gagnon responded in an email to CTV. “The Prime Minister always appreciates input from the Youth Council and will continue to engage with them on issues that matter to Canadians.”