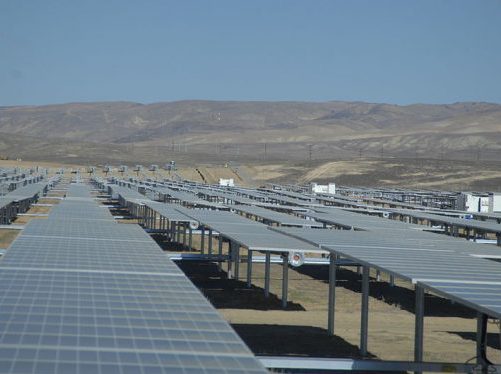 California reached its 2020 greenhouse gas reduction target four years early, according to 2016 data released last week, showing that state and other regional governments can play an outsized role in meeting and exceeding carbon targets under the Paris Agreement.

Emissions fell to 429 megatonnes (Mt) of carbon dioxide or equivalent, just below the state’s 2020 target of 431 Mt, the Environmental Defense Fund reports.

“While the world’s emissions are once again on the rise and the Trump administration is pulling the U.S. backward on climate progress at the federal level, states and regions continue pushing ahead, and California is at the front of the pack,” write EDF Senior Economic Analyst Jonathan Camuzeaux and Economics and Policy Analyst Maureen Lackner.

The state “is growing its GDP and adding jobs faster than the national average, and cutting carbon even faster than we expected,” creating “a strong foundation for the even more dramatic transition California needs to reach its next goal in 2030,” they add.

EDF notes that 2016 was the fourth year in a row of reductions for California, adding up to a 13% cut since emissions peaked in 2004. And “business is booming as emissions are falling,” Camuzeaux and Lackner write. “California’s GDP grew 3% while the carbon intensity of the economy dropped 6%. From January 2013 to December 2016, California added over 1.3 million jobs, an 8% increase, outpacing U.S-wide job growth of 6% in the same period.”

California’s annual report on statewide emissions showed the electric power sector accounting for 16% of its 2016 output of greenhouse gas, and 85% of its reductions. Sector emissions fell 18% in one year—15% from electricity generation within the state, and 22% from imported power. Emissions fell 2% in industry and 1% in agriculture, while increasing 2% in transportation. Commercial and residential activities saw a 4% emissions hike, but still accounted for less than 10% of the statewide total.

EDF makes no reference to the state’s fossil fuel sector, which is becoming a focal point for many environmental groups in the lead-up to Gov. Jerry Brown’s much-anticipated global climate summit in mid-September.

“Given current emissions reductions, the state can start to look forward to its more ambitious 2030 target of getting emissions 40% below 1990 levels,” Camuzeaux and Lackner note. “All the signs are positive right now, and if additional measures are needed to meet state requirements for 2030, there is still plenty of time to pursue those.”