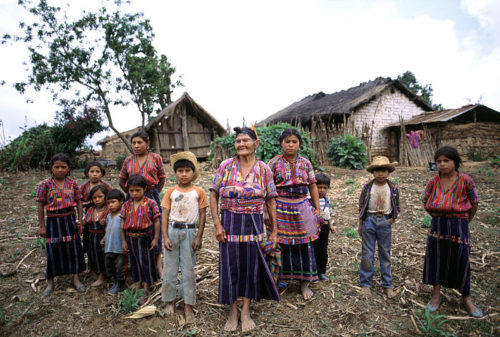 Indigenous forest dwellers—not governments with their own axes to grind, nor environmental groups in some countries that fetishize what they see as the primeval, unpeopled woods—will be the ones to save the trees and the rich web of life that depends on them, according to a recent report by the Rights and Resources Initiative (RRI).

Written by Victoria Tauli-Corpuz, UN special rapporteur on Indigenous rights, the report assesses the results of a 28-nation study which compared Indigenous efforts at conservation with those in government-managed “protection zones”.

The report found “that Indigenous peoples and local communities are investing substantially in conserving their forests—up to US$1.71 billion in the developing world,” Mongabay reports. That total “amounts to between 16 and 23% of what the conservation establishment—governments, multilateral organizations, bilateral aid agencies, NGOs, foundations, and private entities—spends each year.”

And the results reveal Indigenous groups to be “forest guardians without peer,” Mongabay reports. “From Panama to Peru, Indonesia to India, the rate of deforestation on customary lands is half what it is elsewhere,” the report asserts.

Critically, the research shows that “where the land rights of Indigenous communities are formally recognized—currently just 10% of the total area they occupy—the difference is even greater.”

The disconnect on the 90% of ancestral homelands where Indigenous land rights are not yet recognized means that critical forest alliances are never realized. Tauli-Corpuz said that failure owes in part to systemic condescension rooted in prejudice. “Governments and NGOs often consider Indigenous peoples to be inferior, as peoples who don’t know what they’re doing,” she told Mongabay. “So even when they see the evidence, they are still not very active in granting recognition or in inviting Indigenous communities to be active participants in initiatives.”

RRI Director of Strategic Analysis and Global Engagement Alain Frechette said he hoped the hard numbers in the new report would underscore “the cost of ignoring communities and their immense contributions to conservation”, triggering shifts in both attitudes and policy.

“Investments in forest protection would be more efficient and more just if allocated to the people who have kept the forests standing up until now,” he said.

Rukka Sombolinggi, secretary general of AMAN, the main advocacy group for Indigenous peoples in Indonesia, agreed that “protected areas were already protected by the communities who lived on and conserved these lands for generations.” But now, against natural justice and in contravention of the United Nations Declaration on the Rights of Indigenous Peoples (UNDRIP), “conservation initiatives by and large continue to drive [Indigenous forest dwellers] from their lands,” Tauli-Corpuz said.

Yet proponents of what Mongabay labels “fortress conservation” view “the de-peopling of forests as synonymous to their preservation,” writes correspondent Cory Rogers. In recent decades, 45 million square kilometres (17 million square miles) of land—15% of the Earth’s surface outside Antarctica—have been assigned protected status, he writes, and in some countries Indigenous inhabitants face “untold harm” if they insist on living on their lands as they always have.

“According to a 2017 report by the British Broadcasting Corporation, authorities in India’s Kaziranga National Park were responsible for 106 extrajudicial killings—including of elderly people and children—in the preceding 20 years,” the RRI report notes. “The militarization of conservation has been documented in the Central African Republic, the Democratic Republic of the Congo, Guatemala, India, and South Africa.”

And yet, over the next 2½ years, “the conservation community will seek to assign protected status to another 2% of the globe, requiring major investments in conservation,” Mongabay states.