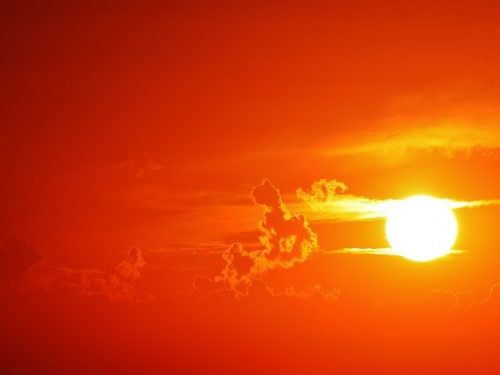 Update: The Canadian Press reported July 9 that the Quebec heat wave killed up to 70 people, at least 34 of them in Montreal.

A sudden, intense heat wave last week killed at least 54 people in southern Quebec, 28 of them in Montreal, and the most likely victims were poor people living alone with chronic or mental illnesses—just as they were nearly a quarter-century ago, when a similar heat disaster hit Chicago.

As Montreal’s emergency began to lift, Public Health Director Horacio Arruda “pointed out most of those who died were members of vulnerable communities, such as people who lived alone or lived with chronic or mental illness,” Global News reports. “They were mostly men aged between 53 and 85; none of them had air conditioning in their homes.”

The sudden overcrowding had Montreal’s morgue partnering with a local funeral home to house the bodies. “With over 15 bodies arriving almost every day, it’s not too long that the 128 places at the morgue are filled,” said coroner Dr. Jean Brochu.

In an interview with the Globe and Mail Thursday, Arruda added that “with climate change, heat waves will probably be much more frequent, and we’ll have to adapt. Most people will survive them without any problem. But for others with risk factors, they can kill them.” And for someone living alone and isolated, “if you have health problems, you might not realize you’re in the process of deteriorating.”

Elected officials urged residents to fight that risk by doing what they could to take care of each other. “If you feel there’s an old neighbour on the side and you’re wondering if they’re safe, please go knock on the door and find out if the person is OK and needs any help,” said Mayor Valérie Plante. “If you’re alone at home, don’t stay alone,” added Social Services Minister Lucie Charlebois.

For those who died, “their housing conditions increased their vulnerability. Most lived on the upper floors of multi-storey buildings, where heat rose and became trapped,” the Globe reports. “Geography mattered as well. Most of the homes were in heat islands—zones with little greenery and expanses of concrete that trap heat. They were in densely-built neighbourhoods such as Parc Extension and Hochelaga-Maisonneuve that ring central and eastern Montreal.”

“If you live in the suburbs in a house with a pool and air conditioning, you’re not facing the same conditions as someone who’s unemployed and living in downtown Montreal in a small apartment on the fourth floor, where it’s very, very hot,” Arruda said. [That’s a familiar story.—Ed.]

“This is another wake up call for us” said Kim Perrotta, executive director of the Canadian Association of Physicians for the Environment (CAPE). “We need to prepare our communities for the climate change that is coming, with adaptation plans that protect the health of Canadians.  But more importantly, we need to take dramatic steps to reduce climate emissions as quickly as possible to slow climate change.”

“We have to connect the dots,” added CAPE board member Dr. Larry Barzelai. “We need to recognize how our policies and actions contribute to climate change. We are promoting natural gas in B.C., diluted bitumen in Alberta, and dismantling a cap-and-trade program in Ontario. We are running out of time to save the planet for our children.”

Cold showers and fans on wet skin will help relieve heat exhaustion. Also, you should drink at least a gallon (3 1/2 liters of water) per day. If your urine is coming out yellow and not clear, you are not drinking enough water.