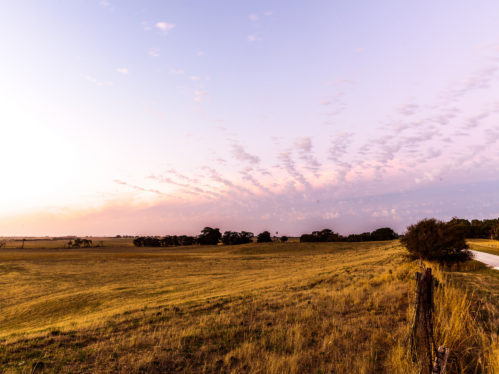 The new president of Australia’s National Farmers’ Federation is seeing an about-face in her members’ attitudes on climate change, given the reality of the shifts and impacts they’re seeing right before their eyes.

“Only a few years ago, when the then Labour government put a price on carbon, legislating a market mechanism to drive emissions reduction at least cost, the NFF rose in full battle cry against the heresy,” The Guardian reports. “But now, the NFF stands at the front of a phalanx of business groups trying to support the Turnbull government through the deeply fraught business of landing the National Energy Guarantee (NEG).”

“We have been experiencing some wild climate variability,” said Fiona Simson, a mixed farmer and grazier from the Liverpool plains in northern New South Wales. “It’s in people’s face.”

While Australia is “a land of droughts and flooding rains, absolutely at the moment people are seeing enormous swings in what would be considered usually normal,” she added. “They are getting all their rainfall at once, even though they end up with an annual rainfall that’s the same—it’s all at once, or it’s in so many tiny insignificant falls that it doesn’t make any difference to them.

“And the heat. We’ve had some record hot summers and some weird swings in seasons.”

That reality has Simson pushing hard in the Australian capital, Canberra, for a NEG that “looks a whole lot like the emissions trading scheme [ETS] that her group shouted down only a couple of years ago,” The Guardian notes.

“I think the NEG for us is some sort of ETS, potentially,” Simson said. “It certainly talks about carbon and putting a value on that. There will be a price on that, and there we go.”

But she stressed that farmers have a chance to treat the transition driven by climate change as an opportunity, not a threat. “I think farm representation and farmers generally have come quite a long way in their attitude to climate, and climate change and climate variability and dealing with all of these things, and accepting some of the facts behind the science,” she said. Rather than trying to pick winners between coal and renewables, she added, governments should take a “technology-neutral” approach to shifting energy systems and “let the market decide” what comes next.

More than anything else, Australia’s farmers need climate and energy solutions that work. “We would particularly like to take advantage of some of the heat generation that some of our intensive industries are using,” she said. “For example, the pork industry has been amazing at capturing methane and then using that as energy generation.”

By contrast, “people are really frustrated at the moment with the politics, whether it is internal politics and infighting within the parties, or whether it is party against party. People are wanting now to have outcomes. People are facing skyrocketing energy prices. Some of my members are facing bills triple what they were a few years ago.”