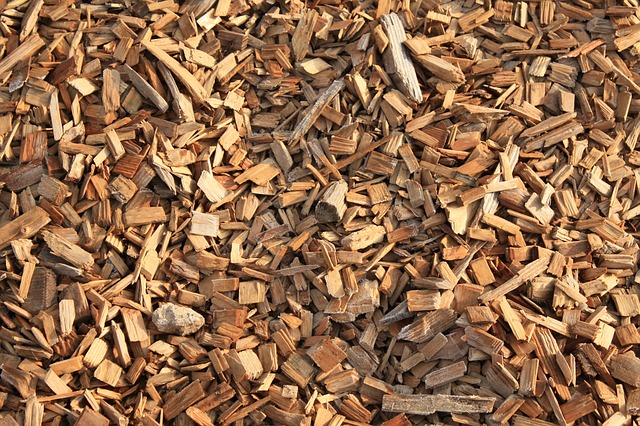 Posing a serious immediate threat to the southern wetland forests of the United States, and possessed of a carbon footprint bigger than coal and a tendency to establish its polluting mills in already at-risk communities, the wood pellet biomass industry is no climate champion, according to a recent post for Mongabay.

Though found in ever-smaller pockets across the southeastern United States, wetland forests remain hugely valuable as living systems that “store over 1.5 billion tonnes of carbon” and provide significant protection from the wrath of hurricanes, the report states. And the southern wetland ecosystem is one of the most diverse in the U.S.

Calculated in dollars, these pockets of climate-buffering biodiversity provide US$500 billion in ecosystem services, according to a 2018 Dogwood Alliance report, which noted “intact wetland forest is 15 times more valuable when managed for ecosystem health rather than timber production.

Yet despite their evident value, says science writer Rachel Fritts, these forests have been decimated by logging, and are being harvested ever faster as the biomass industry is increasingly touted as a key player in climate mitigation.

The European Union has been a key market for the region’s wood pellets since 2009, with many member nations seeking to meet the demands of the EU’s Renewable Energy Directive to meet at least 20% of their energy needs with renewable sources by 2020 by burning wood pellets that are heavily promoted as a carbon-neutral source of energy.

That assessment is rooted in the ideal case, in which the pellets would be sourced from scrap wood or salvage from windfalls—residues which “would release carbon into the atmosphere as it decayed anyway,” and “might as well be converted to energy.”

Unfortunately, reports Mongabay, high demand means that “in practice, wood pellets are often sourced from whole trees,” and while proponents insist that immediate replanting assures the ongoing carbon neutrality of the process, research “indicates it takes at least 10 to 20 years from the point of replanting for a harvested forest to go back to acting as a carbon sink, and up to 100 years to recapture the carbon released from burning the old trees.”

Yet “the largest wood pellet producer in the U.S., for example, harvests its trees in 20- to 30-year cycles,” notes Mongabay.

Research also indicates that whether they come from new wood or scrap, wood pellets “release more carbon dioxide than coal per megawatt of electricity produced,” a fact that has industry critics worrying that “incentivizing this energy source could actually be accelerating climate change.”

Despite these evident problems, writes Mongabay, those incentives continues in the EU—and in the U.S., as well, with Environmental Protection Agency Administrator Scott Pruitt recently announcing that “biomass energy will now be considered carbon neutral for reporting purposes.”

Climate worries aside, “the most immediate negative consequences of the biomass industry are felt in the forests and communities of the U.S. Southern Coastal Plain,” which have seen seven million tonnes of biomass logged for export and burning in the past few years, a rate of deforestation four times that occurring in South America.

Hand in hand with such ecosystem degradation comes the degradation of human communities—and often the most vulnerable ones. Research published in the April issue of the journal Environmental Justice “found that wood pellet plants are 50% more likely to be located in communities with high minority populations and poverty levels above the state median,” Mongabay notes.

“In the 21st century, with all of the amazing advances in renewable technology, it’s crazy that some utilities and governments are still promoting the burning of wood,” said Dogwood Alliance Program Director Adam Colette. “If we are going to seriously address climate change, we need to be valuing forests for their worth standing, and not just when they are logged.”