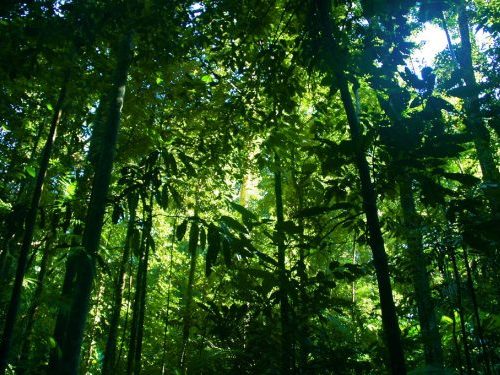 The European Union is adopting a new, more rigorous forest carbon accounting method “as the scientific basis for its overhaul of how the sector is treated in its climate strategy,” the Pacific Institute for Climate Solutions reports.

The method, developed by scientists from the European Commission’s Joint Research Centre and the Canadian Forest Service, is intended to correct a serious gap in forest accounting that dates back to the Kyoto Protocol.

“In any sector, carbon accounting—assessing how much progress has been made towards greenhouse gas emissions reduction targets—requires a robust ‘baseline’ against which future emissions into the atmosphere or removals out of it can be measured,” the Pacific Institute explains. “The problem in the forestry sector is that legacy effects of management or natural disturbances that occurred decades ago have affected today’s distribution of age of trees for a nation’s forests.”

The age of those trees, in turn, “will influence future sources and sinks, as trees draw down differing amounts of CO2 depending on how old they are.”

Kyoto used “forest reference levels” instead of actual baselines, so that forest carbon calculations over time assumed what should have happened based on past age distributions. “The problems arose when these projections also implemented anticipated changes in forest policies,” the Pacific Institute notes. “In other words, what actually happened was compared not to the past management, but against what would otherwise have happened.” So “if a country inflated its future harvests in the reference level scenario, this could lead to future carbon credits if the anticipated change in management practices did not occur, a sort of carbon cheating.”

By the same token, if EU countries assumed increased harvests to supply bioenergy, forest emissions would grow, “and such emissions increases were indeed reflected in the reference levels. But if these anticipated increases did not occur and emissions were smaller than projected, this would lead to a possible carbon credit.”

By contrast, the new method is based on actual forestry practices. “This resolves the problem because historic practices are solidly documented,” the Institute says. “These business-as-usual projections are then applied to the latest update of a computer model of carbon dynamics of forests developed by the Canadian Forest Service called the Carbon Budget Model (CBM-CFS3). The CBM estimates carbon fluxes under different forest management scenarios, using data from EU countries.”

After applying the model to the carbon budgets for 26 EU countries, the researchers found that forest emissions were smaller than projected—meaning that, on this dimension, the continent is doing better at controlling greenhouse gas emissions than it might have thought.