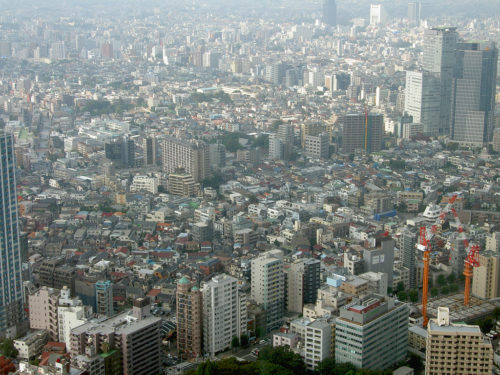 Earnest pledges to increase Berkeley’s urban density, thereby making it a world-class leader on climate action, are being threatened by neighbourhood opposition which all too often has thwarted the city’s past impulses toward progressive action.

After declaring an “existential climate emergency” earlier in the month, Berkeley pledged not only to craft a plan “to eliminate all city greenhouse gases as soon as possible,” but also “to start drawing carbon dioxide out of the atmosphere, turning itself into a so-called ‘carbon sink’ by 2030,” Grist reports.

“Steadily rising temperatures have brought intensified wildfires, drought, and storms that have displaced and threatened thousands of people in California, and millions more around the world. We must act now,” said Cheryl Davila, the city councilwoman who proposed the resolution.

That action really would make a difference, Grist notes, citing a spring 2018 study which demonstrated “that cities in California can prevent a major portion of the state’s emissions all by themselves.”

For Berkeley, in particular, the study determined that “the most significant way for the city to shrink its carbon footprint was by building more housing—filling in parking lots and vacant areas.”

The trouble, writes Berkeley native and Grist reporter Nathanael Johnson, is that “it’s fashionable to say you support housing in Berkeley, then add a list of conditions and caveats that would make it very hard to build anything.” A case in point was the city council’s recent pledge to tackle greenhouse gas emissions: “Minutes earlier, the council had advanced regulations that would ensure new buildings didn’t mess up the views of existing residents.”

At that moment, “parody died,” Johnson writes. “It’s buried next to irony.”

But embracing the low-carbon transition will demand that Berkeley welcome taller buildings, and many more people, into its limits, and some local citizens are gearing up to make their city a 21st-century leader in sustainability. “Now begins the hard work,” said Climate Mobilization member Dr. Janice Kirsch. “We plan to show up to the city council meetings and hold their feet to the fire. We intend to be relentless.”