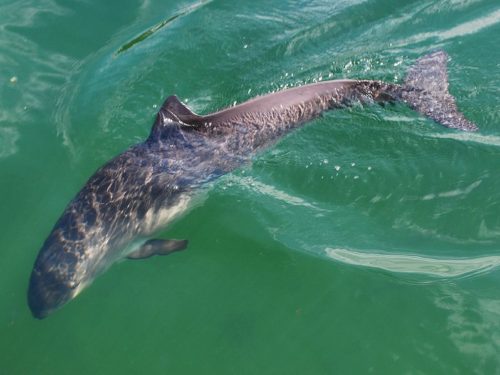 Both Kinder Morgan and the federal Department of Fisheries and Oceans (DFO) appear to have failed to show due diligence in protecting marine life from excessive underwater noise during construction of the west coast oil terminal for the Trans Mountain pipeline expansion, National Observer reports.

While Kinder Morgan “took six days to reply to a letter from Canada demanding an immediate response to a warning that it had violated an environmental law during construction,” DFO seems to have gone months without noticing that “the company had failed to share copies of its monitoring reports with First Nations and federal officials on a special Indigenous Advisory and Monitoring Committee (IAMC) set up by Prime Minister Justin Trudeau’s government to keep tabs on the project.”

Excessive noise is a well-established danger to marine life, and in Burrard Inlet, where the Trans Mountain terminal is being built, there is particular concern about the well-being of resident Stellar sea lions and harbour porpoises, both of which are “listed as species of special concern under Canada’s Species At Risk Act,” Observer notes.

Responding to Observer’s earlier reporting on the Trans Mountain violations—revelations which left federal and corporate officials scrambling to explain themselves—the company said its “June 12th response letter was part of the ‘ongoing discussion’ regarding construction monitoring that included ‘written and face-to-face exchanges.’”

Asked why it took the government months to flag the problem, DFO communications officer Lauren Sankey explained that “no one had previously raised concerns about the company’s failure to deliver its monthly construction reports to members of the Indigenous Advisory and Monitoring Committee,” Observer states. She added that “subsequent non-compliance may result in DFO pursuing escalated action, such as prosecution under the Fisheries Act.”

Questioned in the House of Commons by MP Jenny Kwan (NDP, Vancouver East) about “why the government made the offer to buy the pipeline in spite of the violations flagged by DFO,” Trudeau defended the purchase as critical to diversifying Canadian export markets, protecting and creating Canadian jobs, and “protecting the environment for future generations”.

But West Coast Environmental Law’s Eugene Kung, who’s advising the Tsleil-Waututh Nation on the pipeline, countered that federal ownership will place the government “in a situation where it might be forced to prosecute itself,” Observer notes. DFO “said that whoever owns the pipeline will still have to follow the rules.”

“Conditions to reduce and mitigate harm to fish and fish habitat must be followed,” Sankey stated. “The Government of Canada will continue to monitor project construction. All standard project oversight processes will continue to be followed, including letters of non-compliance and enforcement action, if required.”