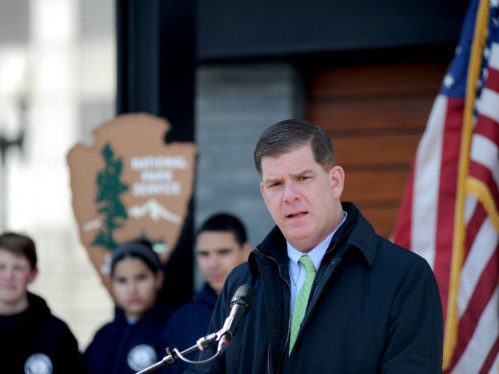 Boston Mayor Marty Walsh, co-chair of the 400-member Climate Mayors network, is inviting his counterparts in other U.S. cities to share their energy demand data, as a first step in pooling their requests for project cost estimates from renewable energy developers.

The mayors were in Walsh’s town last week for an international climate summit, and Walsh took the opportunity to pitch his joint procurement plan.

“Major cities have already signed on to the initiative, including Chicago, Houston, Los Angeles, Orlando, and Portland, Oregon,” Governing reported. “Walsh is using the climate summit at Boston University on Thursday to plead with more mayors to join the ‘coalition of cities’.”

The project will eventually lead to requests for proposals to “help power our cities and create more, clean energy jobs,” Walsh said.