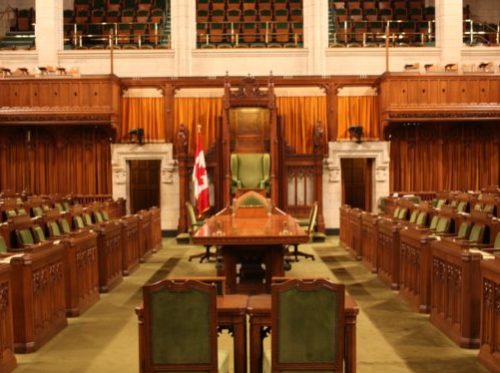 The federal New Democrats were expected to force a House of Commons vote today on a motion to embrace a clean energy economy and stop investing in “increasingly obsolete fossil fuel infrastructure,” even though the motion was virtually certain to fail.

The resolution was to express support for “being a global climate change leader and building a clean energy economy,” including “investing in clean, renewable energy sources” and “energy efficiency technologies”. It would also call for “not spending billions of dollars on increasingly obsolete fossil fuel infrastructure and subsidies that increase greenhouse gas emissions and pollution and put Canadians’ health and Canada’s environment, coastlines, waterways, and wildlife, as well as Canada’s marine and tourism jobs at risk.”

iPolitics interpreted that phrasing as “a not particularly subtle reference to the government’s plan to take over the Trans Mountain pipeline.”

But “barring a last-minute amendment—which, under House rules, can only be proposed with the consent of the sponsoring MP, who, in this case, would be New Democrat Alexandre Boulerice—it’s difficult to see how the government could possibly advise Liberal MPs to back the motion, which means it will almost certainly fail,” wrote reporter and self-declared “process nerd” Kady O’Malley.

“Which, given the very deliberate wording, is likely exactly what the New Democrats are hoping will be the outcome, as that would allow them to issue a scathing press release accusing the Liberals of failing to live up to their own rhetoric on green energy.”

Saying they’re going to be “a global climate change leader and building a clean energy economy,” including “investing in clean, renewable energy sources” and “energy efficiency technologies” is one thing, having a sound plan to accomplish that elusive — some say “impossible” goal — is quite another.

There’s a long list of experts challenging advocates and proponents of 100% renewable energy as a pathway from fossil fuel energy, to do the math and produce solid evidence. Has the NDP done/researched the math? Not likely.

And instead of accepting such claims at face value, more news and information outlets should be doing some investigative research to bring to the public’s attention the views of responsibly informed voices to counter simplistic unsubstantiated political rhetoric.

One might begin with a definition of “clean energy”. Is any energy source truly “clean”?