Corn, Vegetable and Legume Crops at Risk in Warming Climate 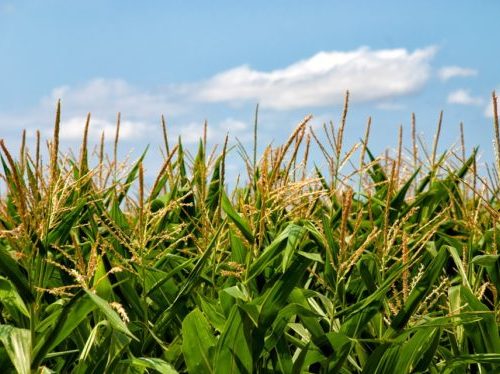 Global corn, vegetable, and legume crops will all be at risk without action to bring climate change under control, according to two separate studies this week in the Proceedings of the National Academy of Sciences.

The studies “look at different aspects of the global food supply but arrive at similarly worrisome conclusions that reiterate the prospects of food shocks and malnutrition with unchecked global warming,” InsideClimate News reports. “While developing tropical countries would likely be hardest hit, the destabilizing financial effects could reach all corners of the globe.”

The first of the two papers looked at how a warming climate will affect corn, or maize, described by InsideClimate as “the world’s most produced and traded crop”. Since “much of the world’s corn goes into feeding livestock and making biofuels,” ICN notes, “swings in production can ripple through global markets, leading to price spikes and food shortages, particularly for the 800 million people living in extreme poverty.”

The study concluded that, at 4.0°C average global warming, United States corn production would fall by almost half. At 2.0°C, the loss would still be about 18%. And those reductions might well coincide with simultaneous, catastrophic losses in other parts of the world.

“When the researchers looked at the four biggest corn exporters—the U.S., Brazil, Argentina, and Ukraine—they found that the likelihood of all four suffering yield losses of 10% or more at the same time rises from about 7% at 2.0°C warming to 86% at 4.0°C warming,” ICN notes. “Such simultaneous shocks in the top-producing regions, which are rare now, could have significant impacts on global markets and drive up the price of food.”

On Carbon Brief, lead author Michelle Tigchelaar of the University of Washington points out that declining corn yields have serious economic as well as nutritional consequences. “Just three staple crops—corn, wheat, and rice—account for more than half of global calorie intake. For each of these crops, just three countries produce at least 40% of global production,” she writes. “With growing demands for food, animal feed, and biofuels, this leaves the global food market exposed to further price shocks.”

For the second paper, a team at the London School of Hygiene and Tropical Medicine reviewed 174 studies produced across 40 countries since 1975, attempting a systematic review of how climate change will affect production of the vegetables and legumes that many nutritionists are urging people to consume in larger quantities.

“While previous research has shown that increased levels of carbon dioxide could boost some vegetable and legume yields, the new study finds that any benefits will be offset by the negative effects of increased ozone, less water availability, and increased salinity.” InsideClimate reports.

“Nutritionally important vegetables and legumes can be particularly sensitive to temperature increases and more vulnerable to heat stress than staple or cereal crops,” ICN adds. So “without efforts to reduce emissions, a lack of water and increased ozone would cut yields of vegetables by about 35% in the second half of this century.” Soybean and lentil outputs would decline 35% and 9%, respectively, The Independent reports.

ICN reporter Georgina Gustin notes that about two billion people around the world now suffer from micronutrient deficiencies linked to limited vegetable and legume consumption, and per capita fruit and vegetable consumption is 20 to 50% below recommended levels.

“Vegetables and legumes are vital components of a healthy, balanced, and sustainable diet, and nutritional guidelines consistently advise people to incorporate more vegetables and legumes into their diet,” said lead author Pauline Scheelbeek. “Our new analysis suggests, however, that this advice conflicts with the potential impacts of environmental changes that will decrease the availability of these important crops unless action is taken.”