Conservation Agriculture Would Save 17.35 Gigatons of Carbon by 2050 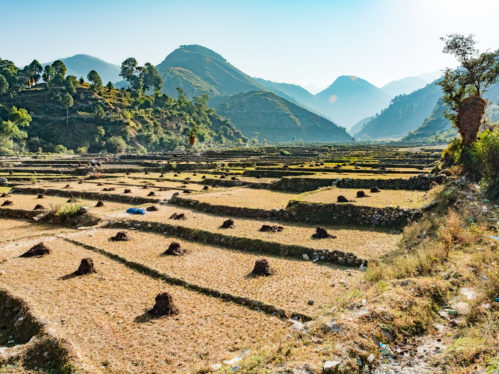 Conservation Agriculture ranks #16 on the Drawdown list of climate solutions. It would keep 17.35 gigatons of CO2 from entering the atmosphere by 2050 at a net implementation cost of US$37.5 billion, and bring US$2.12 trillion net savings.

Because crop residues are left after harvesting, or cover crops like clover are grown to further protect the soil, herbicides (and GMO crops) are sometimes used, at least in the West. In most of Africa, however, successful use of no-tillage farming eliminates the need for herbicides. Drawdown predicts that herbicide use will continue to decline elsewhere, as well, as consumer demand for chemical-free produce rises.

The real challenge will lie in helping poor, smallholder farmers bridge “the gap between up-front investment and the gains they ultimately bring,” the chapter notes. Programs to “educate, equip, and financially support” vulnerable landowners, or those millions who lease and therefore may have less incentive to nurture their fields, will be imperative.

On the emissions ledger, conservation agriculture “sequesters a relatively small amount of carbon dioxide—an average of half a ton per acre,” Drawdown adds. But with three billion acres tied up in an annual, global cycle of planting and harvest each year, “those tons could add up and shift this dominant segment of agriculture from net greenhouse gas emitter to net carbon sink.”

While it is currently practiced on only 10% of land devoted to annual crops, conservation agriculture is growing rapidly, and Drawdown projects the practice will peak at one billion acres by 2035—as long as smallholders are adequately supported in the early years of their long-term investment in healthy soil.