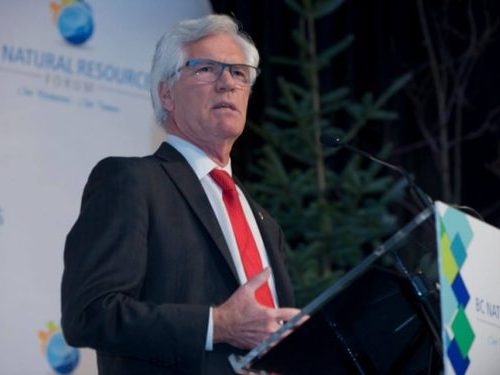 For 2½ years, Natural Resources Minister Jim Carr has led the Trudeau government’s push to build pipelines and pitch Canadian tar sands/oil sands bitumen on international markets. But in a campaign video posted on October 8, 2015, he cited the need for climate leadership as one of his most deeply-held concerns.

Carr, one of 18 candidates from four parties endorsed by GreenPAC in the 2015 federal election, recalled serving on a climate change task force convened by then-Manitoba premier Gary Doer. “It was an eye-opener to understand just how major an issue it had become, not only in the international community, but in Manitoba. And the impacts of climate change were beginning to be felt, particularly in the north, but throughout our province,” Carr said.

“It was then that I learned that what we need in Canada is political leadership to tackle the challenges of climate change, and we weren’t getting it. And we’re not getting it now.”

Carr continued that “that’s why I’m so pleased to be a part of Justin Trudeau’s team,” noting that the Liberal Party had “come out in favour of meeting with the premiers [and] taking a position on greenhouse gas emissions to the COP conference in Paris in December. We have not had Canadian leadership on climate change. It’s time that we get it. With Justin Trudeau and the Liberal Party, you’ll see a different approach to climate change and the environment.”

In a December, 2015 blog post for GreenPAC, The Energy Mix publisher Mitchell Beer cited Globe and Mail columnist Jeffrey Simpson’s prediction that Carr “will be Trudeau’s ‘loneliest cabinet minister,’ replacing environment as the portfolio that has ‘no natural allies and many natural enemies’ at the cabinet table.”

Simpson opined that “the Natural Resources mandate letter rather reads as if it were intended for the Environment Minister. In this government, natural resources development is an orphan and the environment has many fathers.”