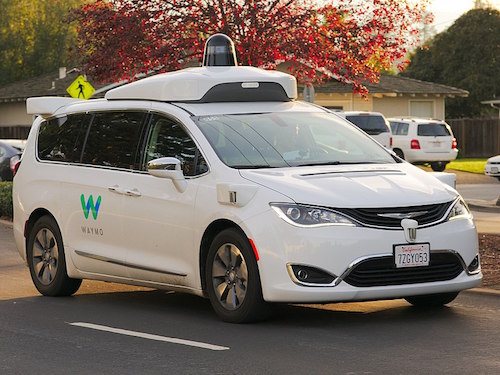 Routine, day-to-day energy efficiency measures could play a major role in holding average global warming to 1.5°C and meeting many of the United Nations Sustainable Development Goals (SDG) without resorting to the negative emissions technologies that feature prominently in more conventional 1.5° studies, according to a new paper published in the journal Nature Energy.

“Emerging technologies, such as multi-purpose smartphones and electric autonomous cars, could be key to improving energy efficiency both in the developed world and the global south,” Carbon Brief reports, citing an interview with lead author Dr. Charlie Wilson of the UK’s Tyndall Centre for Climate Change Research.

“We develop a coherent, big-picture storyline of how the world may change from today to 2050, identifying key drivers of change including rising quality of life, urbanization, digitalization, and decentralization of the energy system,” Wilson said. “We find that global warming can be limited to 1.5°C without relying on negative emission technologies by reducing the energy required to provide for rising living standards—particularly in the global South.”

In the Tyndall team’s Low Energy Demand (LED) scenario, average global warming is limited to 1.5°C and the SDG objectives of zero hunger, good health and well-being, and affordable and clean energy for all are achieved. “In the LED scenario, the total amount of CO2 produced is expected to fall rapidly between 2030 and 2100,” Carbon Brief notes, largely due to improved energy efficiency. Those gains “are largely driven by technological and social innovations, such as the spread of digital services in the global south and the rise of vehicle sharing in the global north”.

In contrast to studies and campaigns that call on citizens to “do their bit” to reduce energy use, “we don’t focus on behavioural change as a result of conscious or ‘mindful’ awareness of energy consumption,” Wilson stressed. “Rather, we focus on consumer-facing innovations which may prove attractive because they’re cheaper, cleaner, quicker, more sociable, easier, more convenient, or otherwise ‘better’.”

He added that the study methodology indirectly adjusted for the so-called “Jevons paradox”, in which new technologies increase efficiency but thereby drive up demand for a resource. “We sensitized our results by increasing energy demand by up to 50% (relative to the main LED scenario) and we found we could still limit warming to 1.5°C” without requiring biomass energy with carbon capture and storage (BECCS). “So the basic insight of the scenario is robust to rebound of up to 50%, which is above the typical range of direct rebound effects found in the literature.”

The Carbon Brief goes into detail on the Tyndall findings, and Wired magazine has a more popularized account of the study results.