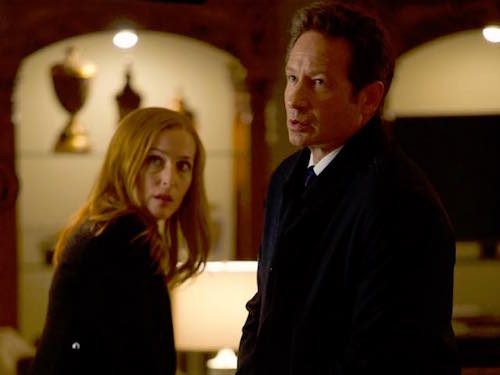 A pair of U.S. researchers say they’ve found a better way to introduce the science of climate change to people who think the whole idea is a hoax. The first step, they say, is to validate the wider conspiracy theories that many climate deniers also believe.

“We present experimental evidence that such validation leads individuals who previously believed human-induced climate change is a hoax to become more believing in human-induced climate change following exposure to scientific consensus information,” write Toby Bolsen of Georgia State University and James Druckman of Northwestern University in a paper published in Weather, Climate and Society, a journal of the American Meteorological Society.

The method works, they add, even though “a central challenge to effectively communicating scientific consensus is that people often reject information counter to their prior beliefs.”

In their full paper [sub or one-time access req’d], the two researchers suggest that conspiracy theorists will use “directional motivated reasoning” to reject climate science because “conspiratorial thinking is a strong and stable part of one’s identity that often spans across multiple issues”. But the tendency will be even more pronounced with climate change, since “the conspiratorial belief is directly about scientists’ creating the conspiracy to advance their own interests. Thus, there will likely be an even more pronounced tendency among such individuals to engage in directional motivated reasoning and reject scientific consensus information.”

But Bolsen’s and Druckman’s points to at least one way of making deniers more receptive to the reality of climate change. They hypothesized that “by validating the person’s general belief system— in this case, a belief in conspiracies—they no longer feel they need to react defensively and may be more open to scientific consensus information.”

The researchers tested their theory with a short online survey that measured the 484 participants’ belief in conspiracy theories, then divided them into two groups—one that received a scientific consensus statement on climate change, the other that added a “conspiracy belief validation statement”. That statement read: “A majority of people acknowledge that on many topics, powerful people work to mislead citizens for bad purposes. Yet human induced climate change is not one of those topics.”

The researchers flag the small sample size in their study as cause for caution in generalizing their results, and they also acknowledge “an ethical dilemma of sorts” in the study design.

“On the one hand, a concern is that validating conspiracy theories emboldens such individuals to believe even more strongly in such theories in other domains not related to climate change. This could be quite problematic, leading to negative societal outcomes including not receiving vaccinations, being intolerant of particular social groups, or having extreme distrust in the government,” they write.

“On the other hand, our information-seeking results could mean validation generates engagement with the potential for persuasion across varying conspiracy beliefs. How validation plays out in terms of other beliefs and openness to other information is the critical question for future work.”