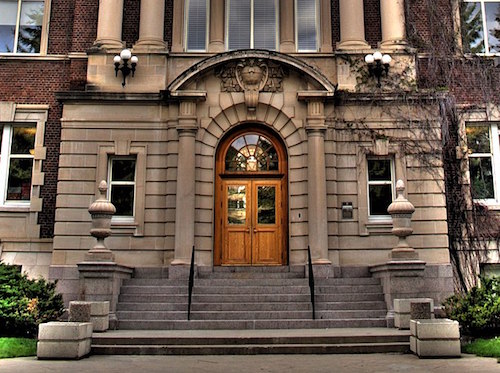 If environmental icon David Suzuki was upset by the “brouhaha” that followed the University of Alberta’s decision to award him an honourary degree next week, he isn’t showing it. In a post for the foundation that bears his name, he declares that the controversy has opened up a “necessary debate”.

The U of A decided to recognize Suzuki, who started his teaching career in the university’s genetics department, for being “the face of environmental consciousness to generations of Canadians as well as viewers in more than 40 countries worldwide.” That provoked an angry backlash led by Engineering Dean Fraser Forbes, who declared that the “outrage being expressed across the entire breadth of our engineering community” was surely “to be expected when one’s fundamental values are so directly questioned!”

In a firm rebuke, University of Alberta President David Turpin is standing by the decision to honour Suzuki.

“Many alumni, donors, and friends have asked me to reverse the decision. They have let me know that their financial gifts and partnerships with the university depend on it. Others have suggested the university’s very reputation rests on our doing so,” he wrote in the Edmonton Journal.

But “we will stand by our decision because our reputation as a university—an institution founded on the principles of freedom of inquiry, academic integrity, and independence—depends on it,” he declared. “Universities must not be afraid of controversy. Instead, we must be its champion. Stifle controversy and you also stifle the pursuit of knowledge, the generation of ideas, and the discovery of new truths. Take uncomfortable ideas, debate, and conflict out of the university and its fundamental role in society disappears.”

“There are few, if any, organizations in society that can tolerate the discord that comes along with freedom of inquiry,” Turpin added in a public letter. “That is the university’s special role. To preserve it, we must allow our people, and honour others, who pursue ideas that sometimes trouble us, shock our sense of the true and right, and even provoke our anger.”

For his part, Suzuki finds the controversy useful, revealing how fossil interests continue to threaten freedom of enquiry in Canada. “If a university, especially one in the heart of oil country, isn’t the place to air a range of ideas about the geophysical, social, and economic consequences of profligate fossil fuel use, we should be worried about the future of academic inquiry,” he writes.

Suzuki devotes most of his post to the need for new economic models and priorities. Critical to the development of his own understanding of this issue, he writes, has been Oxford economist Kate Raworth, whose 2017 Doughnut Economics argues that the challenge of the 21st century is to meet everyone’s needs “while ensuring that collectively we do not overshoot our pressure on Earth’s life-supporting systems, on which we fundamentally depend.”

That outcome won’t be achieved by clinging to 20th-century economic thinking as if it were holy writ, says Suzuki, recalling Raworth’s recent comment to him that “John Maynard Keynes would be rolling in his grave if he knew we were applying his early 20th-century ideas to 21st-century realities.” After all, he writes, Keynes himself defined economics as “a science of thinking in terms of models joined to the art of choosing models which are relevant to the contemporary world.”

Unlike engineering dean Forbes, who refers to “our fundamental values” as if they were self-evidently monolithic, Suzuki doesn’t pretend that thinking things through and choosing paths forward is easy. “I respect the differences of opinion about how we should conduct ourselves in a time of staggering population growth, climate change, biodiversity decline, and numerous other problems of our own making,” he asserts.

But Suzuki is equally determined not to pretend that all is well with today’s economic model. “Surely,” he writes, “we can agree on basics,” like the need for clean water and air, healthy soil and oceans, and a stable climate.

While Suzuki’s detractors often accuse him of denigrating tar sands/oil sands workers, the elder statesman of the environmental movement insists that neither he nor the climate and energy movement is interested in “attacking a particular industry or way of life.” Rather, “it’s about recognizing the reality of global warming and our role in it. It’s about finding solutions that provide economic opportunities for everyone, not just owners and shareholders of large corporations. It’s about ensuring that our economic models are ‘relevant to the contemporary world’. It’s about measuring progress in ways that account for sustainability, human happiness, and well-being rather than economic growth.”