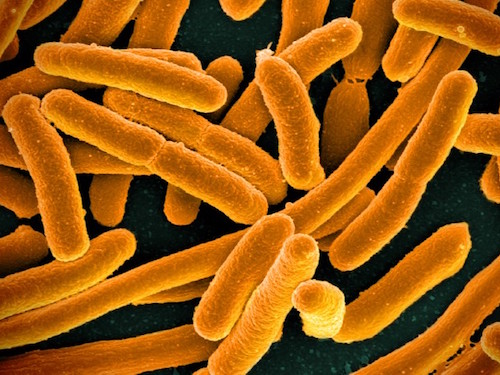 Climate change is leading to increases in bacterial resistance to antibiotics, and boosting the spread of diseases borne by mosquitoes, fleas, ticks, and spiders.

One of two recently-published reports deals with antibiotic resistance, a serious global health crisis already associated with overuse of prescription drugs in human health care and animal agriculture. The first-ever connection to climate change—as well as population growth—comes from a study by a team of epidemiologists from Harvard Medical School, Boston Children’s Hospital, and the University of Toronto that appeared in the journal Nature Climate Change last week, EcoWatch reports.

“The effects of climate are increasingly being recognized in a variety of infectious diseases, but so far as we know this is the first time it has been implicated in the distribution of antibiotic resistance over geographies,” said co-author Derek MacFadden of Boston Children’s. “We also found a signal that the associations between antibiotic resistance and temperature could be increasing over time.”

“Our findings highlight a dire need to invest more research efforts into improving our understanding of the interconnectedness of infectious disease, medicine, and our changing environment,” added co-author John Brownstein, chief innovation officer and director of the Computational Epidemiology Group at Boston Children’s and professor of pediatrics at Harvard Med School.

The study looked at data from hundreds of health facilities in 41 U.S. states and focused in on three of the most common types of antibiotic-resistant bacteria. It found that a 10°F temperature increase increased resistance by 4.2% in E. coli, 2.2% in K. pneumoniae, and 3.6% in S. aureus.

While those percentages look small, they add to a global wave of drug-resistant infections that claimed about 700,000 lives last year, the Daily Mail reports. “The World Health Organization has previously warned if nothing is done the world was headed for a ‘post-antibiotic’ era,” the paper notes. “Concerns have repeatedly been raised that medicine will be taken back to the ‘dark ages’ if antibiotics are rendered ineffective in the coming years.”

While the wider spread of so-called “disease vectors” like mosquitoes, ticks, and spiders is a long-acknowledged impact of climate change, the David Suzuki Foundation warned this week that the number of cases more than tripled in the U.S., from 27,388 to 96,075, between 2004 and 2016. The impact also extends to habitats in places like British Columbia, where the mountain pine beetle has been moving steadily northward and devastating the forests in its path.

“If swaths of red, dying forests weren’t enough to get us to take global warming seriously, other tiny critters might get our attention,” the Foundation states. “Researchers have found that ticks, fleas, and mosquitoes are moving into new territories, in part because of climate change.” DSF cites research linking increases in allergies, dengue, Zika, yellow fever, malaria, and cholera to a warming climate.

It adds that “the most vulnerable are also at the most risk,” with children bearing 88% of the impact of climate-related disease.