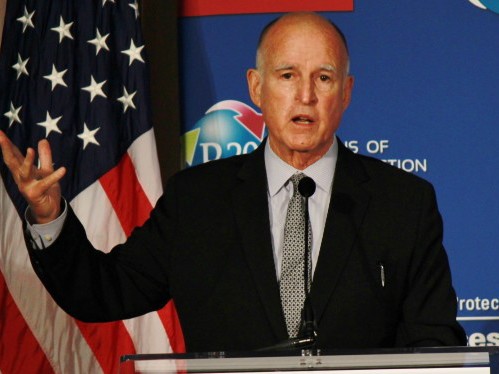 California must stop issuing oil and gas extraction permits and plan a managed decline for its fossil industry or continue undermining its own status as a global climate crusader, according to analysis released last week by Oil Change International and a coalition of other environmental groups.

While the state stands to save 430 million barrels of oil by 2030 by reducing vehicle consumption by 50%, its current permitting trends would have it extract an additional 560 million barrels over the same period, the Pacific Standard states, citing the report.

“We need to keep dirty fossil fuels in the ground to avert climate and health catastrophe, but California continues to hand out new drilling permits like candy,” said Kassie Siegel, director of the Climate Law Institute at the Center for Biological Diversity, one of the 15 organizations that endorsed the report. “This devil-may-care approach to oil extraction threatens to sabotage not just our state’s climate progress, but the world’s. That’s why we’re demanding Governor Brown halt new drilling in California and create a just transition plan to phase it out as soon as possible.”

“California’s leaders, including Governor Jerry Brown, have been vocal supporters of the Paris Agreement,” Oil Change adds. “Yet, California presently has no plan to phase out its oil and gas production in line with Paris-compliant carbon budgets. Under the Brown administration, the state has permitted the drilling of more than 20,000 new wells, including extraction and injection wells.”

The report amps up pressure on the state ahead of Global Climate Action Summit 2018, a high-profile event that Brown will lead in San Francisco September 12-14. “This is about the whole world and the people who live here,” Brown said when he announced the summit in Hamburg last July. “It’s time to act, it’s time to join together, and that’s why at this Climate Action Summit, we’re going to get it done.”

The governor has called climate change an “existential threat”, accepting the “mantle of leadership” in the face of a climate-denying federal administration and vowing his state would “launch its own damn satellites” if Donald Trump defunded NASA climate research. So “given all the attention to Brown’s environmental advocacy, it’s easy to forget that California is an oil state,” the Standard writes. “Indeed, California is second only to Texas in the amount of oil extracted since 1900, and California crude is some of the dirtiest oil on the planet; much of what remains in the state’s reserves is thick as peanut butter, and energy intensive to both extract and refine.”

Citing the report, the Standard says permit approvals from the state’s Division of Oil, Gas, and Geothermal Resources hit an all-time high in 2015, during Brown’s (second) tenure as governor.

And the state’s fossil industry “is not as well-regulated as some might think,” the Standard adds. “California is one of a minority of oil states with no legally mandated buffer zone between structures like homes, schools, or hospitals and active oil and gas wells. Fourteen percent of the population—some 5.4 million people—live within a mile of a well. And it’s one of only two states in the nation without a production or severance tax on the oil and gas industry—a ‘de facto subsidy’ for the fossil fuel industry, according to the report.”

Oil Change calls on California to stop issuing new oil and gas extraction permits, phase out existing production within a 2,500-foot “health buffer zone” around homes, schools, and hospitals, and plan for the managed decline of the state’s fossil industry and a just transition for its work force.

The report also notes that the industry is already in decline, with its job count falling from 23,000 to 14,500 between 2012 and 2017—accounting for only 0.3% of total employment in a category that also includes mining and quarrying. Oil Change concludes that a five to 10% “just transition fee”, in the form of a tax on oil and gas production, “could generate enough revenue to cover up to five years of wages for those workers, plus four years of college tuition, and still have $2 billion left over,” the Standard notes.

No Guarantees That Kinder Morgan Will Stay, Carr Tells CBC