Paris Sweats the Details of Making Transit Free for All 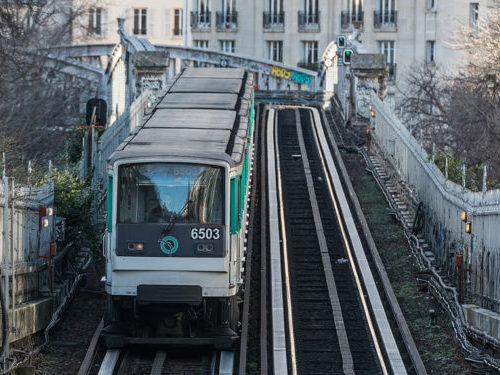 As Paris looks to make all public transit free in a bid to sharply reduce air pollution and carbon emissions and improve human health, planners are coming to grips with the cost of the effort—and the reality that many people may still prefer their cars.

Initiated by Mayor Anne Hidalgo, a study is under way to determine how the city of more than 11 million can best deliver what would constitute the world’s biggest ride-for-free zone. Already, it’s clear that “liberating all transit” will not come cheap, with one estimate placing the extra cost at €6 billion per year, writes CityLab.

It seems pretty clear that neither employer funds (they already contribute to transit) nor a hike in personal taxes will be sufficient cover costs, but Paris has its eye on the system of congestion fees that London introduced over a much smaller area in 2003. Using that model, “the city could raise funds by charging tolls on all motor vehicles to enter Paris Proper, the 2.2-million-resident historic heart of the metro area,” CityLab states. But such fees won’t “be an easy sell,” notes writer Feargus O’Sullivan, “given that Paris will have to contend with pressure from municipalities in the wider metro area where many residents still depend on their cars.”

And then there is the precedent for failure: a similar scheme in New York City in 2008, which would have covered the cost of free transit with a US$16-per-day congestion fee for all cars entering Manhattan, went precisely nowhere.

Fundamental to the question of how Paris will pay for a free transit system is whether users will conclude that free public transit zones on this scale are feasible or desirable.

While “France is something of a leader on this front, with more than 30 cities that enjoy free public transit zones…without bankrupting town coffers,” reports CityLab, most of the municipalities with ride-for-free programs are small to mid-sized communities.

“Scaling a scheme up from this level is no easy feat,” O’Sullivan notes. The Estonian capital of Tallinn, population 430,000, is a success story—but that’s thanks to a “local funding quirk” in Estonia, whereby “when you register as a municipality’s official resident, a part of your national taxes is transferred to that municipality.” In Tallinn, this “quirk” adds about €20 million annually to the city budget, more than enough to pay for the buses.

The other issue with a free system is who will use it: If Paris hopes to push through its transit initiative “under the banner of pollution reduction,” says CityLab, it will need to take careful note of the experience in Tallinn, where going fareless only boosted ridership by 1.2%.