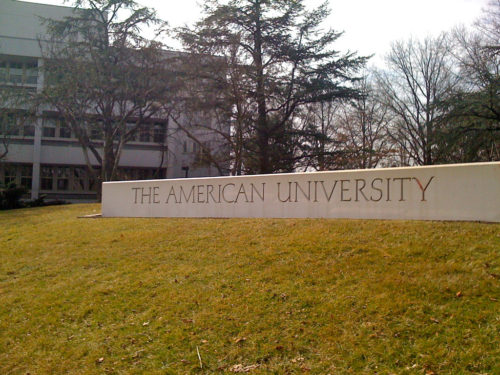 By constructing all new campus buildings to the LEED Gold standard, piloting energy use optimization software, and bundling up the components of its heating and cooling systems into “custom-made insulation jackets,” Washington, DC’s American University (AU) recently graduated as the first carbon-neutral university in the United States.

AU’s success owes to following through on a comprehensive plan, writes the American Council for an Energy-Efficient Economy (ACEEE), beginning with a new green building policy which committed the institution to managing all existing campus buildings to LEED standards—as well as ensuring all new buildings are LEED Gold-certified.

While making the building which was the focus of the project more comfortable for occupants, the pilot also “cut HVAC operational costs by 36%, and reduced the building’s carbon footprint by 473 tons.” On top of that, ACEEE says the custom-built insulation jackets placed on the HVAC components on the university’s central heating plant will save more than 7,000 therms of energy per year.

On the strength of such efforts, “AU reached its goal of carbon neutrality two years early, and the university now uses 21% less energy per square foot than it did in 2005.”

Given that “the entire (U.S.) higher education sector spends more than US$6 billion on energy costs each year,” AU is hardly the only university seeking to become more energy-efficient, reports ACEEE.

“Stanford University slashed its energy use 70% by switching to a solar and electric heat recovery system that avoids 150,000 tons of carbon dioxide each year,” while the University of California, Irvine has “developed a new Smart Lab approach that shows that universities can make their laboratories safer and cut energy use by as much as 60% with measures such as occupancy and air quality sensors.”

Other universities are actively recruiting students to support the effort—like Brown University, which offers green packing lists and issues free LED desk lamps to every freshman.