Supporting Women Smallholders Would Save 2.06 Gigatons of Carbon by 2050 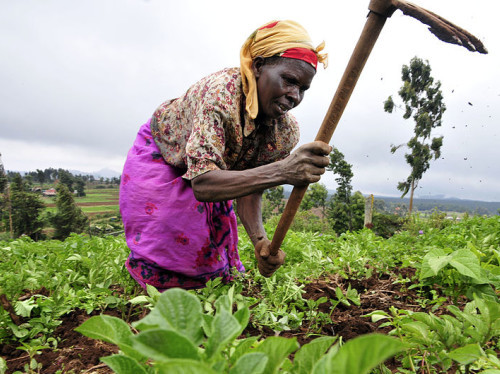 Supporting women smallholders ranks #62 on Drawdown’s list of climate solutions. It would reduce 2.06 gigatons of atmospheric carbon dioxide by 2050 and produce $US87.6 billion in net savings.

In lower-income countries, inequality in agriculture is a significant issue that has social as well as environmental impacts. Despite making up 43% of the agriculture work force, women lack access to the same resources, such as education, technology, and land rights, as men. According to Drawdown, female agricultural workers are often paid low or no wages and are “part of the 475 million smallholder families who operate on less than five acres of land.”

Women farm workers are key to food security and have seen their responsibilities increase over time as men move to urban centres for work. However, their access to support has not improved. Legal and social barriers continue to prevent women from owning land and making decisions about the land they work on: Drawdown points out that only 10 to 20% of landholders are women.

Closing the gender gap in agriculture and boosting equal access to resources can lead to significant, global benefits. Drawdown says equality in resources will lead to a 20 to 30% increase in farm yields which could feed 100 to 150 million people. Not only that, but more productive farmland can prevent deforestation and maintain soil as a source of carbon sequestration.

Award-winning development economist Prof. Bina Agarwal lists several steps that can be taken to boost equality for women farmers. They include increasing access to land, training and resources, acknowledging women as farmers instead of “farm helps”, and focusing agricultural research and innovation on women smallholders’ crops and farming techniques.

Supporting women smallholders delivers reductions in hunger and emissions, but it also means an overall improvement in the well-being of communities and families—because when women can grow more, they can earn more, Drawdown states. Around 90% of what they earn will be reinvested in their communities, especially in health and education. In Nepal, for example, bolstering women’s land ownership led to better health for children.

Gender equality in agriculture has long-reaching impacts, Drawdown concludes. “What is good for equity is good for the livelihoods of all genders.”