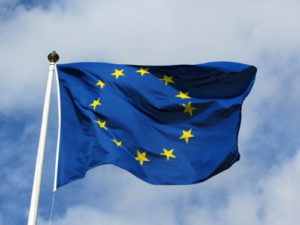 The European Union is launching consultations on a plan to cut its greenhouse gas emissions to net-zero by 2050, a move that could reinvigorate follow-ups to the Paris Agreement that have been bogging down in detailed negotiations and concerns that countries are falling behind on their emission reduction promises.

The measure has already been adopted by the European Parliament, and “if the EU succeeds in binding itself to the target, it could be a big deal for climate action,” Quartz reports. “Though smaller countries both within the EU and outside have committed to a zero-emissions goal, the EU would be the largest emitter to commit to it. It would set a benchmark for other countries to shape their policies” to hit the same target.

Quartz notes that the zero-emissions target is recognized in Article 4 of the Paris Agreement, but the landmark global deal doesn’t set a target date for reaching it. “Previously, the EU had committed to cutting emissions by up to 95% of 1990 levels by 2050,” writes correspondent Akshat Rathi. “It may seem like the previous goal is quite close to zero emissions, but the task of cutting emissions gets much harder the closer you try to get to zero. That’s because it would mean cutting all emissions in sectors that currently don’t have effective technological means to achieve it,” like aviation and cement production.

For those industries, the net-zero target would mean offsetting any remaining GHG output with negative emissions options that some analysts consider expensive but commercially viable, but others see as speculative and potential catastrophic in their application.