Efficient Water Distribution Would Save 870 Megatons of Carbon by 2050 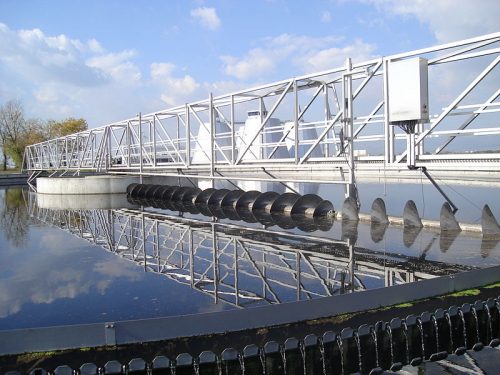 More efficient water distribution places #71 on the Drawdown list of climate solutions. It could cut atmospheric carbon dioxide by 870 megatons by 2050 at a cost of US$137.4 billion, producing net savings of $903.1 billion.

The electricity required to pump municipal water from its source to a treatment plan, then on to storage and distribution, “requires enormous amounts of energy,” Drawdown notes, enough to make electricity “the major cost driver of processing and distributing water within cities.” But there’s another cost that isn’t factored into your regular water bill: water systems lose 8.6 trillion gallons per year through leaky pipes and conduits, the World Bank estimates, with roughly equal amounts wasted in high- and low-income countries.

From a water utility’s point of view, the cost of this “non-revenue water” goes straight to the financial bottom line. But Drawdown also points to the “emissions from needlessly producing billions of kilowatt-hours of electricity to pump water not into homes or businesses, but through breaks in the world’s water distribution networks. Minimizing those leaks and losses means using energy more sparingly, while conserving water as a scarce resource.”

Reducing water waste is largely a matter of management practices and proper water pressure, rather than pipe replacements. “Even under conditions of first-rate pressure management, leaks can and will happen,” Drawdown notes, so this solution relies in large part on sensors, software, and a toolbox of techniques to pinpoint and fix leaks.

Most municipal water systems today are leaky enough that the opportunity to conserve water, energy, and carbon is huge: if utilities in the United States could cut their losses by half, they would save enough water to serve 90 million people. After Manila, Philippines did just that, Drawdown reports, the city was able to extend service to 1.3 million more users and deliver a 24-hour water supply to almost everyone.

So far, success stories like Manila are few and far between. But “in addition to increasing a utility’s efficiency and improving customer experience, addressing leaks is the cheapest way to source new supply and serve a growing population,” the chapter concludes. “Those same practices make municipal water systems more resilient to water shortages, increasingly common events on a warming planet.”