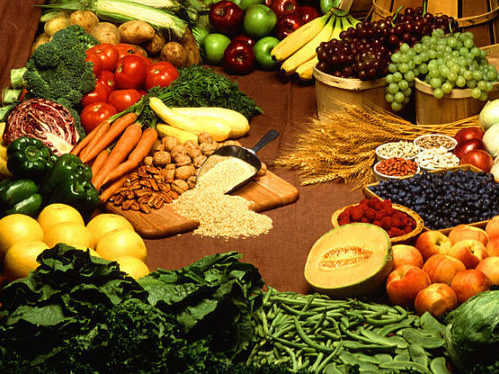 A plant-rich diet places #4 on the Drawdown list of climate solutions. While data vary too widely for a comprehensive global accounting, Drawdown sees a global shift away from the “meat-centric, highly processed, often excessive Western diet” cutting atmospheric carbon dioxide by 66.11 gigatons by 2050, saving trillions of dollars in health care costs, and boosting global GDP by as much as 13%.

A plant-rich diet can easily be the nutritional match of a meat based one, Drawdown states. “According to the World Health Organization, only 10 to 15% of one’s daily calories need to come from protein, and a diet primarily of plants can easily meet that threshold.” Yet more of the world’s population is embracing a meat-focused diet: Citing a 2016 World Resources Institute report, Drawdown describes a world on track to demand nearly 80% more animal protein, and 95% more beef, between 2006 and 2050.

The chapter doesn’t underestimate the difficulties of shifting societies’ emphasis on meat consumption. “The complex and ingrained nature of people’s relationship with eating animal protein necessitates artful strategies for shifting demand,” it states. Drawdown elaborates on three of those strategies: developing meat substitutes that mimic the “real thing”, from flavour and texture right down to the biochemistry of trace minerals; promoting and celebrating a plant-based diet through media, pop culture, and public education; and, reframing meat as an expensive delicacy, rather than a cheap staple that is seen as the star of every meal.

Drawdown calculates its 66.11-gigaton emissions reduction for a plant-based diet based on only half the world’s population responding to that message by mid-century.